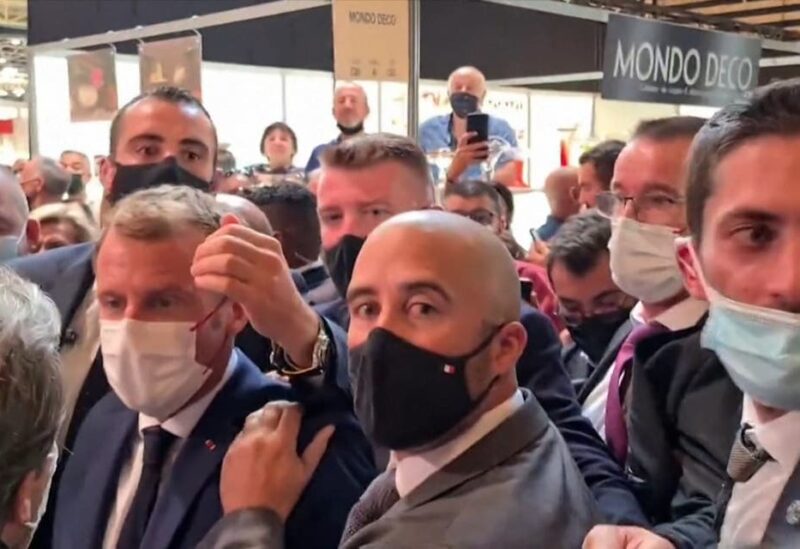 The 19-year-old student who tossed an egg at French President Emmanuel Macron during an international food fair in Lyon, France has been admitted to a psychiatric hospital, online news media the New York Post reported on Tuesday.

A viral video of the incident showed Macron walking through a crowd at the event on Monday when the egg suddenly struck him, bouncing off him without breaking.

“If he has something to tell me, then he can come,” said Macron after being struck with an egg at the International Catering, Hotel and Food Trade Fair, according to AFP.

After the incident, the suspect was detained and then investigated for “assault on a person in a position of public authority,” according to prosecutors. The unnamed suspect was not previously known to authorities until the incident took place.

The 19-year-old underwent psychiatric evaluation due to “an absence of discernment and need for hospitalization,” the prosecutor’s office said in a statement released on Tuesday.

This incident was not Macron’s first time to get hit with an egg. During his candidacy for the presidential election in 2017, somebody threw an egg at him, which exploded on him, at an agriculture fair in Paris.

He was also recently assaulted in public, when a 28-year-old man slapped him in the face as he met with well-wishers in the French city of Valence in June this year.

The man, who sympathized with the anti-government “yellow vest” protests of 2018 and 2019, was sentenced to jail for four months.