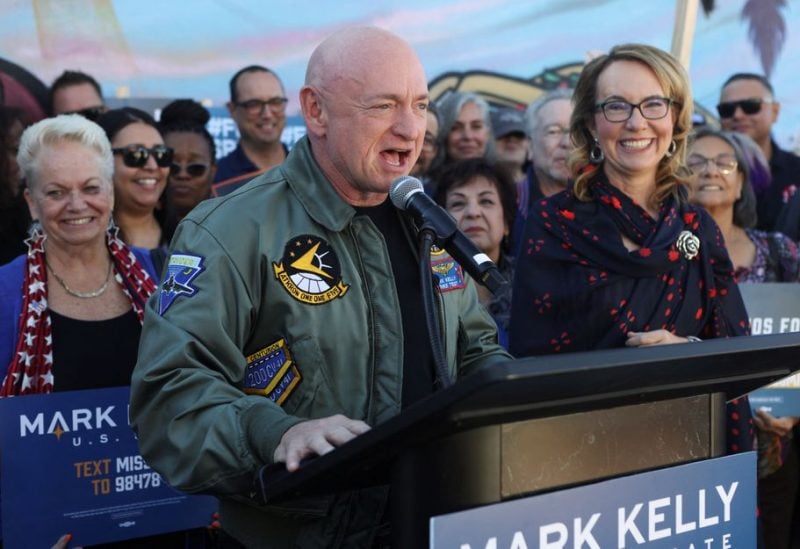 Democrats will retain control of the United States Senate after Senator Catherine Cortez Masto was re-elected in Nevada on Saturday, according to Edison Research, handing President Joe Biden a major victory.

Nonetheless, Republicans remained on the verge of taking control of the United States House of Representatives as officials continued to count ballots cast in Tuesday’s midterm elections in the United States.

With Masto’s victory on the heels of Democratic Senator Mark Kelly winning re-election in Arizona late on Friday, Democrats will control at least 50 Senate seats, with Vice President Kamala Harris able to break ties in the 100-member chamber.

“America showed that we believe in our democracy, that the roots of democracy are deep and strong,” Senate Majority Leader Chuck Schumer, a Democrat, told a news conference.

The Senate is currently split 50-50 between Democrats and Republicans. The newly elected Senate will be sworn in on Jan. 3.

Continued control of the Senate means Democrats will still be able to approve Biden’s nominees such as federal judges. Should a vacancy open in the next two years, that would mean any appointees to the Supreme Court.

If Democratic Senator Raphael Warnock were to win the Dec. 6 Georgia runoff election against Republican challenger Herschel Walker, that would expand Democrats’ majority to 51-49. That would give Democrats an additional edge in passing the few bills that are able to advance with a simple majority of votes, instead of the 60 needed for most legislation.

It would also dilute the influence of Democratic Senators Joe Manchin in West Virginia and Kyrsten Sinema in Arizona, “swing” votes who have blocked or delayed some of Biden’s major initiatives, including expansions of some social programs.

It could take several days or more before the outcome of enough House races are known to determine which party will hold the majority in the 435-seat chamber. Republicans continued to have an edge, but returns were still flowing in for several races, including many in liberal-leaning California.

Biden, speaking in Cambodia, said his party would be focused on winning the Georgia Senate race but regarding the prospect of keeping control of the House he said: “It’s a stretch.”

House Republicans, should they prevail, have pledged to try to roll back Biden victories on battling climate change and want to make permanent a series of 2017 tax cuts that will expire. They also have planned investigations into Biden administration activities and probes of the president’s son, who has had business dealings with Ukraine and China.

In Nevada, Democrat Cisco Aguilar won the race to be the state’s next secretary of state, the top election official. He defeated Jim Marchant, a Republican who supported Trump’s false claim that he lost the 2020 election to Biden because of voter fraud.

Democrats also defeated Republican candidates in Michigan and Arizona who had supported Trump’s false claim and sought to be their state’s top elections officials.

Democrats got an important boost late on Friday when Kelly, the Democratic senator for Arizona, was projected to hold onto his seat, defeating Republican Blake Masters, who like Laxalt was endorsed by Trump. Masters has not conceded the race.

“We’ve seen the consequences that come when leaders refuse to accept the truth and focus more on conspiracies of the past than solving the challenges that we face today,” Kelly, a former Navy combat pilot and astronaut, said in a short victory speech to his supporters in Phoenix on Saturday.

No winner was projected yet in the race for Arizona governor, where Democrat Katie Hobbs held a narrow lead over Republican Kari Lake, another pro-Trump election denier.