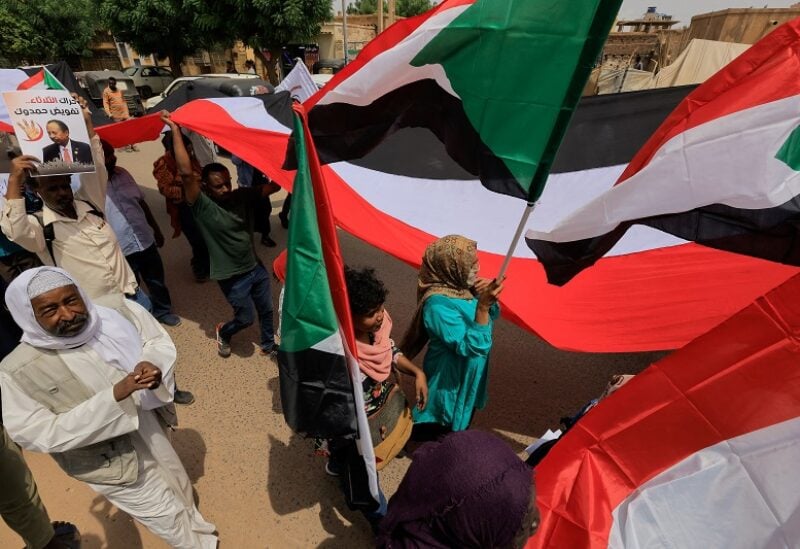 People attend a rally calling for an end to ethnic tensions and civil conflict following an escalation of violence in Blue Nile state and Darfur, in Khartoum, Sudan July 26, 2022. REUTERS/Mohamed Nureldin Abdallah

In a landmark address on Tuesday, Chief Prosecutor of the International Criminal Court has urged the UN Security Council to do more to deliver justice for the people of Darfur

The UN says that 300,000 people were killed and two and a half million fled their homes during the ethnic conflict that began in 2003. Former Sudanese President Omar al-Bashir will be tried for genocide after he backed mostly-Arab militias with a scorched earth policy against Darfur’s ethnic minority.

The ICC’s Karim Khan recently visited the region in person and met with internally displaced people. He said the people of Darfur “are tired of promises.”

“The simple truth is that the nightmare for thousands of Darfuris has not ended,” he said in a virtual briefing from the Sudanese capital, Khartoum.

“And that nightmare of their experiences in large part continues because meaningful justice and accountability has not been felt in the manner that is required, or in my respectful view was anticipated by the council in 2005.”

He called for the Security Council to hold a session on Sudan, adding that if members heard directly from those still living in Darfur’s internally-displaced people camps, it would “reawaken our commitment to humanity.”

Setbacks with the new government
Khan’s Tuesday briefing was the first time an ICC prosecutor addressed the Security Council while in a country where the court is pursing justice.

Al-Bashir, who was Sudan’s president at the time of the Darfur conflict, has remained in prison after he was overthrown in 2019 by military leaders who eventually ushered in civilian elections.

However, another military coup last October has been “a backwards step from the strong period of cooperation” in recent years, Khan said in a report circulated to the Security Council.

“The insecurity that persists following the events of October 25, 2021, also continues to cause disruption to investigative activity,” the report added.
The first ICC trial to do with the atrocities in Darfur kicked off in April in The Hague. The defendant was Ali Muhammad Ali Abd-Al-Rahman, also known as Ali Kushayb, who was a leader in the Arab Janjaweed militia. He pleaded innocent to all 31 charges of war crimes.

Meanwhile, al-Bashir faces charges of genocide and crimes against humanity from his time as president.

Two of his top officials at the time, former interior minister Abdel-Rahim Muhammad Hussein and former security chief Ahmed Haroun, have also been accused of war crimes and crimes against humanity by the ICC.

All three remain in custody in Khartoum.