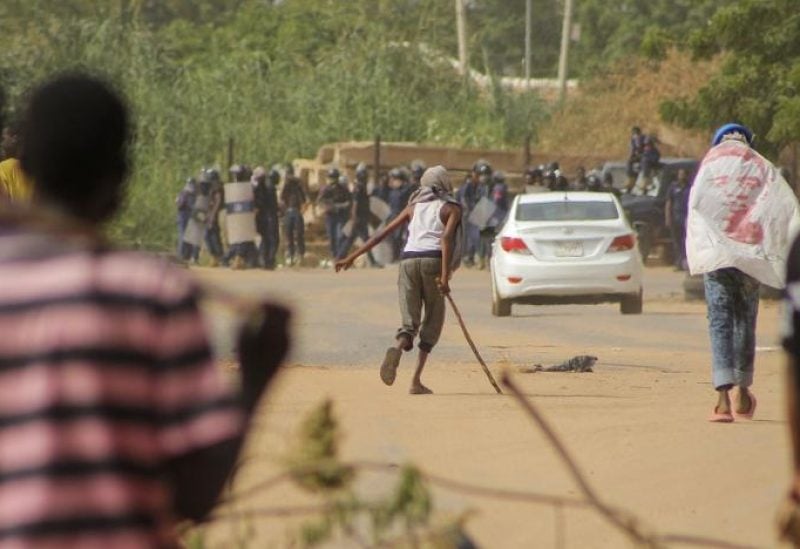 The Sudanese government declared a state of emergency for thirty days in the wake of tribal conflicts in the Blue Nile region that killed dozens and injured hundreds.

The authorities directed the military, police, and intelligence officers in the Blue Nile to use all available means to end the tribal fighting, saying they have full constitutional and legal powers to take the appropriate measures according to the nature of the situation.

A statement issued by the governor of the Blue Nile region, Ahmed el-Omda, which Asharq Al-Awsat reviewed, stated that the authorities, based on the decisions of the Security and Defense Council, and the directives of the Chairman of the Sovereign Council, Abdel Fattah al-Burhan, decided to declare a state of emergency.

Since July, the Blue Nile region had witnessed tribal violence leading to the death of 13 people before the conflict erupted again on October 13, during which 155 others died.

Meanwhile, protesters demonstrated in front of the Blue Nile state government, demanding the resignation of the region’s governor. They accused him of the inability to establish security and manage the crisis.

The region’s resistance committees said that the central and local governments do not want to protect citizens, threatening to cooperate with all the resistance and fighters to overthrow all authorities that do not preserve or respect their people.

Omda is a member of the Sudan People’s Liberation Movement, the wing of Malik Agar. He was appointed governor of the region after the Juba Peace Agreement. The movement is accused of being involved in the conflict in support of another component planning the military coup.

The two parties to the conflict accused the government’s Rapid Support Forces and the Sudan People’s Liberation Army (SPLM) of involvement and condemned the army’s neutrality.

The UN expressed its deep concern about the deterioration of the two areas and said that 170 people were killed and 327 injured since the unrest began in the Blue Nile, saying the clashes erupted following disputes over land ownership between local groups.

The US embassy in Khartoum tweeted: “We are pained by the reported loss of more than 200 lives to inter-communal violence in the Blue Nile and the growing death toll due to clashes in West Kordofan.”

The embassy urged that “the violence cease immediately, and that the government engage the affected communities in a dialogue to restore peace between those who have lived side by side for generations.”

It called for “unimpeded humanitarian access to ensure help is provided to people impacted by the fighting.”