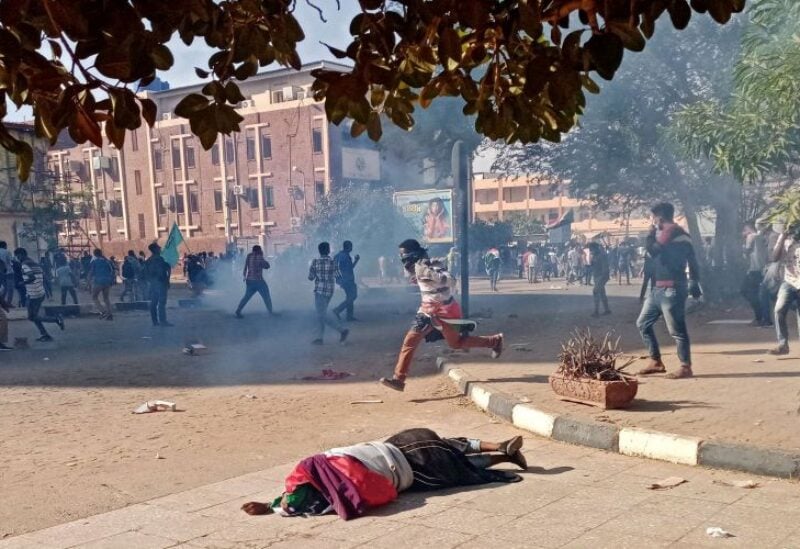 Despite strong tear gas and a communications blackout, anti-military protesters approached the presidential palace in Khartoum’s capital for the second time in a week on Saturday, according to television photos.

On the ninth day of massive demonstrations since an Oct. 25 coup, Sudanese security forces sprayed tear gas to disperse the masses, according to a Reuters witness.

Even after Abdallah Hamdok was reinstalled as Prime Minister last month, protests continued.

Demonstrators managed to start a sit-in outside the palace gates a week ago, but were confronted with rows of security officers on Saturday.

On Saturday, witnesses claimed, internet connections in the capital, Khartoum, were disrupted, and residents were unable to make or receive domestic calls, while troops and Rapid Support Forces blocked highways leading to bridges connecting Khartoum with Omdurman, its sister city over the Nile river.

Despite this, photographs of protests in numerous other places, including Madani and Atbara, were posted on social media.

In neighboring Omdurman, security forces also fired tear gas at protesters around 2 kilometers (1.24 miles) away from a bridge connecting the city to central Khartoum, another Reuters witness said.

The SUNA state news agency reported that the province of Khartoum closed bridges on Friday evening in anticipation of the protests.

“Departing from peacefulness, approaching and infringing on sovereign and strategic sites in central Khartoum is a violation of the laws,” SUNA reported, citing a provincial security coordination committee.

“Chaos and abuses will be dealt with,” it added.

A senior official at one internet provider told Reuters the service disruption followed a decision by the National Telecommunication Corporation, which oversees the sector.

U.N. Special Representative to Sudan Volker Perthes urged Sudanese authorities not to stand in the way of Saturday’s planned demonstrations.

“Freedom of expression is a human right. This includes full access to the Internet. According to international conventions, no one should be arrested for intent to protest peacefully,” Perthes said.

The military could not immediately be reached for comment.

In Darfur, Governor Minni Minnawi asked citizens to stop looting the offices of UNAMID peacekeepers late on Friday, with sources telling Reuters they heard gunshots in the vicinity on Saturday morning.

Last Sunday, hundreds of thousands of people marched to the presidential palace and the security forces fired volleys of tear gas and stun grenades as they dispersed protesters who had been trying to organize a sit-in.

Forty-eight people have been killed in crackdowns on protests since the coup, the Central Committee of Sudanese Doctors said.