Sudan to kick off vaccination campaign next week, benefiting from Covax 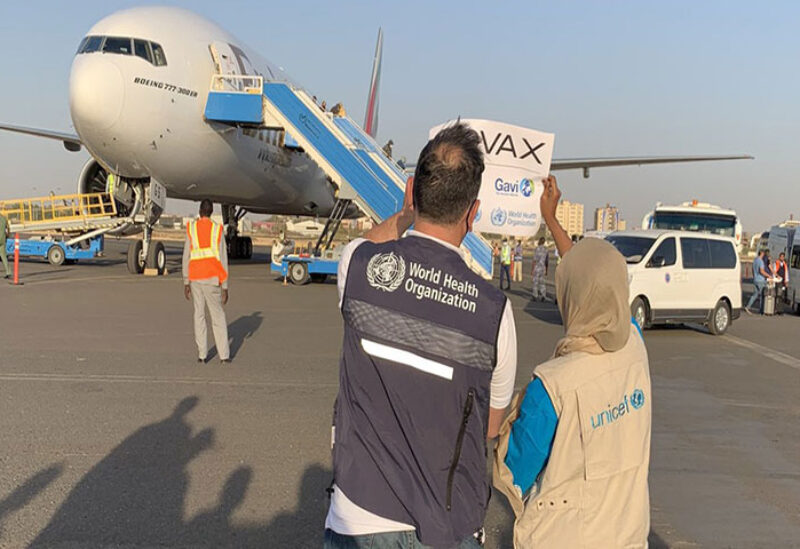 Sudan will start inoculating health care workers followed by people aged 45 or older with chronic conditions for free next week.

Sudan is the first country in the Middle East and North Africa to benefit from COVAX facility vaccines.

Sudan received 828,000 doses of the AstraZeneca-produced vaccine on Wednesday at Khartoum airport, a health ministry official said. The delivery follows that of 4.5 metric tons of syringes and disposal boxes through COVAX in late February.

Sudan says it expects to receive the remainder of a total 3.4 million doses through COVAX, a vaccine-sharing program co-led by the World Health Organization, in the second quarter of this year.

It aims to cover 20 percent of its population of 44 million through COVAX by September, health ministry officials said.

“This is an essential part of our battle against coronavirus,” Health Minister Omer Elnageib said.

Sudan was also in initial discussions to produce the vaccine domestically, Elnageib added.

Sudan is a young country, with only about 4% of its population over the age of 65, according to UN statistics.

It has been suffering from a long economic crisis that has left it unable to import some basic medicines and its health care system suffered from decades of neglect and sanctions under former President Omar Al-Bashir before his overthrow in 2019.

As of March 1, Sudan had officially recorded 28,545 cases of coronavirus since the start of the pandemic one year ago, including 1,895 deaths.