Sudan: Russia, US vie for military presence in Port Sudan 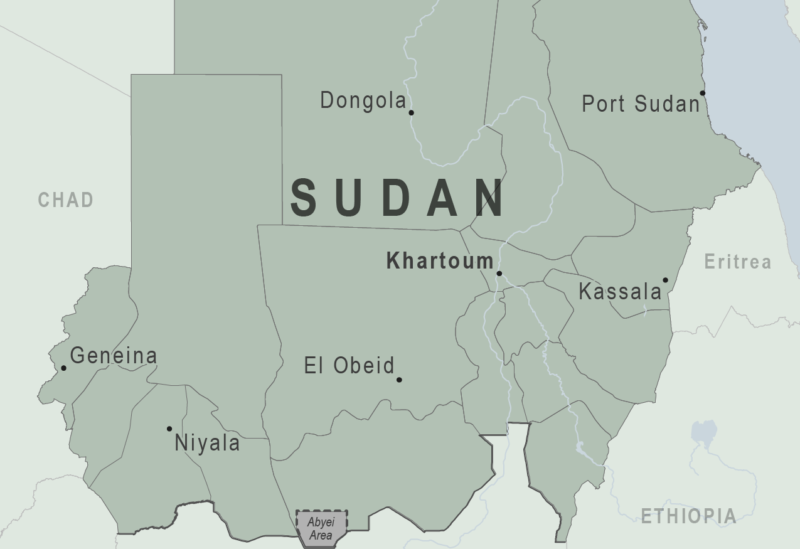 Sudan is in talks to allow Russia and the United States to both cement their military presence on its coast and build naval bases by the Red Sea, military and civilian sources told Middle East Eye.

The sources, who requested anonymity because they are not authorised to talk to the media, said that Sudanese authorities were studying proposals from both countries to build regional maritime partnerships that could help the international fight against terrorism, human trafficking and piracy.

Three Russian and US warships docked in the coastal city of Port Sudan in February and March, interpreted as an escalation of the competition between the two international powers to solidify their military presence in Sudanese territorial waters in the Red Sea.

Sudan suffers from an economic crisis and tribal clashes in the periphery of the country, which are widely believed to be triggered by supporters of ousted president Omar Al-Bashir.

Meanwhile, the country is seeking to warm its ties with the West after years of sanctions. This has led the joint civilian-military transitional government to normalize its ties with Israel , and pay more than $300m  to the victims of attacks against US embassies in Africa in the 1990s as proof of goodwill.

The army, which entered a power-sharing with the civilian opposition after Bashir was removed from office following mass protest  in 2019, seems to be playing a big role in seducing US forces in Africa (AFRICOM) as well as Russia.

But the issue is further complicating a continuing dispute between the military and civilian wings of the transitional government, as the latter accuse the army of once again sidelining them in shaping foreign policy.

Employees of the Maritime Security Services Company, Sudan, a private think tank that monitors the Red Sea, believe that the docking of US and Russian warships in Port Sudan around the same time marked a conflict of interest.

The organisation’s commercial officer, Wail Wail Dagash, told MEE that the US likely intends to limit Russian presence in Sudan.

While the US fully endorses the new civilian government in Sudan, the curbing of Russian influence in the Red Sea requires the blessing of the Sudanese military, which currently leads the new coalition government until 2022, when the civilian revolutionaries will then lead the transition government for another two years until elections,” he said.

Dagash further believes that Sudan and the broader region would benefit from the presence of naval bases of different nationalities in Khartoum’s territorial waters.

“Having two or more strong naval bases at Port Sudan means regular sea patrols, which in turn will reduce or maybe eliminate human trafficking, piracy and other types of smuggling,” Dagash said.

For his part, former diplomat US Cameron Hudson told MEE that Moscow and Washington were approaching Sudan from different perspectives.

“On the military front, Russia and the US are trying to secure a foothold on the Red Sea, but more than that, they are vying for influence in a country that has just recently opened itself up to the outside world,” he said.

“While they both may have a security interest in the country, the US has chosen a strategic approach to Sudan that involves supporting it financially, economically, politically and socially to help bring about a democratic transition in the country and long-term stability for the region,” he said.

“To the extent that Russia has a strategy, it is merely to promote its own influence and to prevent Sudan from moving into a US orbit. The two approaches are hardly comparable.”