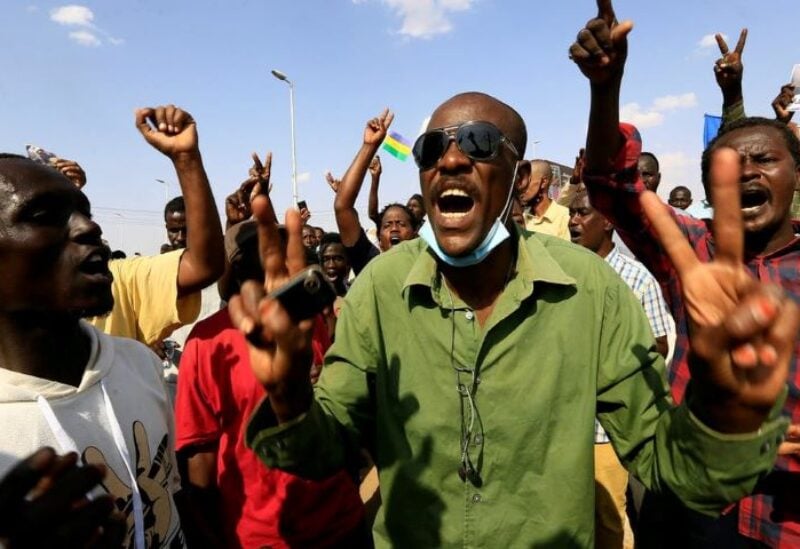 Sudanese security forces fired tear gas at protestors attempting to march towards the presidential palace on Monday, the latest in a string of anti-military rallies.

Protests like this, as well as roadblocks around the city and a countrywide strike last week, have been ongoing since the military took control on Oct. 25, thereby ending a cooperation with civilian political parties that had existed since the ousting of Omar al-Bashir in 2019.

According to doctors affiliated with the protest movement, 73 demonstrators have been murdered and over 2,000 have been wounded in crackdowns on the rallies, primarily by bullets and tear gas canisters.

Protesters were confronted by tear gas, stun grenades, and water cannons splashing red water as they stood 1.2 kilometers (0.75 miles) away from the presidential palace, according to a Reuters witness.

A Reuters witness witnessed a significant security presence and tear gas blasted on a key thoroughfare in Omdurman.

The demonstrations were organized by neighborhood resistance groups, which argue for “no legitimacy, no negotiation, no collaboration” with the military.

At least four committee members were arrested, according to one account, while the offices of another were seized.

There were also big rallies in Madani, where witnesses reported protestors marched to the home of a protester slain on Friday before marching to the state government office.

Other protests were documented on social media in the cities of El Fasher, Shendi, and Elobeid.

The United States denounced the use of force on protestors last week, saying it will examine new steps to hold violent criminals accountable.

Military commanders have stated that the right to peaceful protest is safeguarded, and investigations into the bloodshed have been launched. The violence has exacerbated the stalemate between pro-democracy activists and the military administration.

As protests raged, military chief Abdelfattah al-Burhan nominated deputy ministers to a caretaker government that cleared the budget for this year.

On Monday, Abdelghani Alnaeem, former deputy foreign minister under Bashir, reported that a judge had reinstated him and more than 100 other diplomats and officials who had been sacked as part of an anti-corruption group. “This is a start in the right direction,” he remarked.