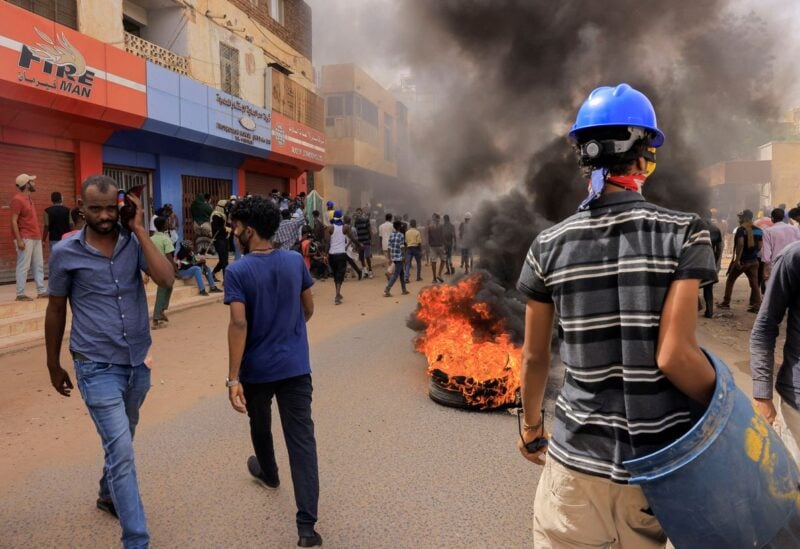 Protesters march during a rally against military rule following a coup in Khartoum, Sudan May 12, 2022. REUTERS/Mohamed Nureldin Abdallah

A protester was shot and killed by security forces in the Sudanese city of Omdurman on Monday, making him the 100th protester murdered in anti-coup demonstrations since October, according to doctors.

According to the Sudanese Doctors’ Central Committee, the demonstrator was most likely murdered by buckshot after the state of emergency was lifted on May 29.

Demonstrations have continued since a military coup in October, organized by neighborhood resistance committees. Most of those killed in the protests have been young men. Military leaders have promised investigations into the deaths.

Protests flared in Omdurman on Monday in response to a visit by military leader General Abdel Fattah al-Burhan.

The country has been without a prime minister since January and a U.N. and African Union process to come to a political agreement announced direct talks between political groups this week.

However, the former ruling civilian coalition, the Forces of Freedom and Change, said in a statement they would not participate in the talks as they included parties they said were supportive of the coup. Resistance committees reject any negotiation with the military.

Burhan’s lifting of the state of emergency imposed since the coup was described as a trust building measure. However, one protester was shot and killed on Friday, less than a week later.