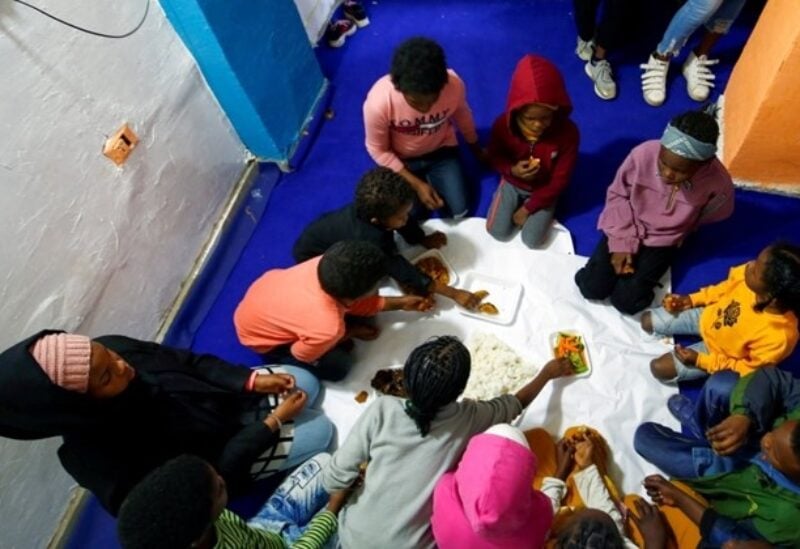 GIZA, Egypt: When a Sudanese couple started a charity to support fellow migrants in Egypt’s capital in 2017, the focus was on teaching children and vocational skills for adults.

After economic pressures caused by the coronavirus pandemic put many out of work, Maysoun Abdelsalam and her husband Moataz Ibrahim pivoted to serving them food.

“We felt we were the support for each other, between us refugees. One person brings rice, one brings pasta,” said Abdelsalam.

The couple, who were working as a journalist and a lawyer, left Sudan because of political pressures and came to Egypt with their three children in 2017 hoping to find some security and stability.

Abdelsalam, 36, and Ibrahim, 44, found a niche teaching the children of other Sudanese migrants, setting up the Future Generation Center for Education charity shortly after they arrived.

Though the economic downturn caused by the pandemic has not been as severe in Egypt as in some other countries, many migrants and refugees have lost their jobs.

“There’s no work, and I can’t find any help from anyone except this center,” said Zakaria Issa, who came to Egypt from fleeing war in Sudan’s Darfur region.

Last year, U.N. migration agency IOM estimated that a fifth of an estimated 6.3 million foreigners in Egypt were in need of assistance. More than 300,000 are registered refugees and asylum seekers, according to the U.N. refugee agency, UNHCR.

A few days a week the center prepares meals with meat and vegetables to distribute to up to 400 families from Sudan, Ethiopia, Eritrea, Yemen, as well as some Egyptian families.

The center, which has 15 staff members and is based in Giza, across the Nile from central Cairo, has served 14,000 meals over the past 10 months.

It is supported by charitable donations and local Egyptian NGOs, she said, including Mastoora, founded by Shurooq Mustafa.

“These are people looking for better circumstances in this pandemic,” said Mustafa. “We wanted to be a refuge so that they feel they aren’t alone.”