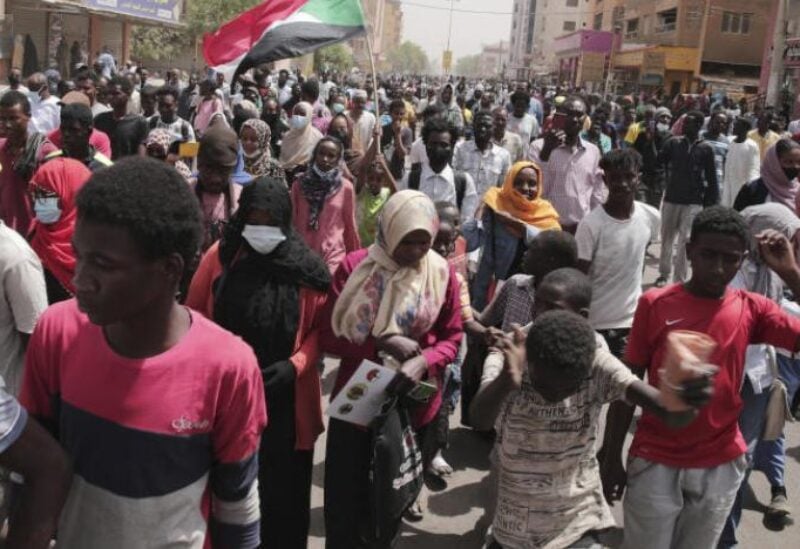 A protester was shot and killed in the Sudanese city of Madani on Thursday, medics said, as demonstrators marched across the country to protest a military coup that has been followed by a steep economic downturn.

The 28-year-old is one of 90 protesters killed by security forces, according to the Central Committee of Sudanese Doctors, but one of only a few reported outside the capital since protests kicked off in October.

Meanwhile in the capital Khartoum, thousands marched towards the country’s presidential palace, but were faced with gunfire, as well as tear gas from security forces, protesters and the resistance committees organizing the march said on Thursday.

A Reuters reporter saw several people being carried away bleeding.

Military leaders say that protesters have the right to demonstrate peacefully and that those responsible for deaths belonging to security forces or otherwise will be brought to justice.

Other protests in cities such as Atbara, Gadaref, Nyala, and Sinja were seen in images from social media.

“We came out today to demand a better life for the Sudanese people and an end to the economic suffering and oppression,” said 18-year-old student Malak Yousif. “We will keep going and we won’t give up,” she added.

Sudan’s currency has lost more than a third of its value since the coup, rapidly driving up prices for fuel, food, and other goods, and has fallen even further on the parallel market.