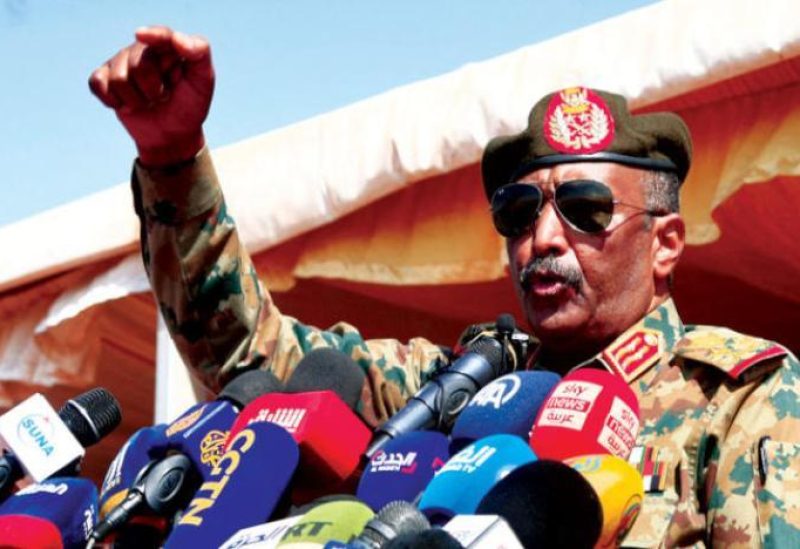 A leader in Sudan’s opposition Forces of Freedom and Change (FFC) coalition has described a speech delivered by head of the Sovereign Transitional Council Abdel Fattah al-Burhan earlier this week as a “positive step” that paves the way for an inclusive political process.

Burhan’s speech has sparked a debate. Some political groups considered it a step toward resolving the political crisis, while others saw it as a tactic to cause political confusion.

Secretary-General of the National Umma Party Al-Wathiq al-Barir told Asharq Al-Awsat that the opposition forces hope Burhan takes actual steps that would pave the way for a credible transitional government accepted by the Sudanese people.

He affirmed the forces’ adherence to the return to the civilian transitional rule.

Speaking to soldiers at an army base north of Khartoum on Sunday, Burhan confirmed that talks on a new political framework for the country were ongoing.

He slammed the regime of ousted President Omar al-Bashir and warned it in harsh words not to interfere with the military or in politics.

“We will join hands with anyone who wants to rescue this country,” he said, adding that he would not agree to anything that leads to the breakup of the military.

“We warn those that want to hide behind the army, and specifically the National Congress Party and the Islamist Movement,” he said.

He added in an audio recording that the next settlement will be fully arranged by the US administration, noting that the Islamists and the far-left, represented by the Communist Party and the Arab parties, will be excluded.

Meanwhile, the tripartite mechanism – the United Nations, the African Union, and the Intergovernmental Authority on Development – continued consultations with political forces other than the FFC.

The tripartite mechanism convened with the Democratic Unionist Party, the National Congress Party and the Sudanese Professionals Association.

The Association backed the tripartite mechanism’s efforts, stressed that the remnants of the former regime shouldn’t take part in the transitional period, highlighted the necessity of reforming the security and military, and insisted on resisting impunity.

Sources told Asharq Al-Awsat that the tripartite mechanism is holding final consultations after reviewing the comments of the army commanders on the draft constitution, drawn up by the Sudanese Bar Association.