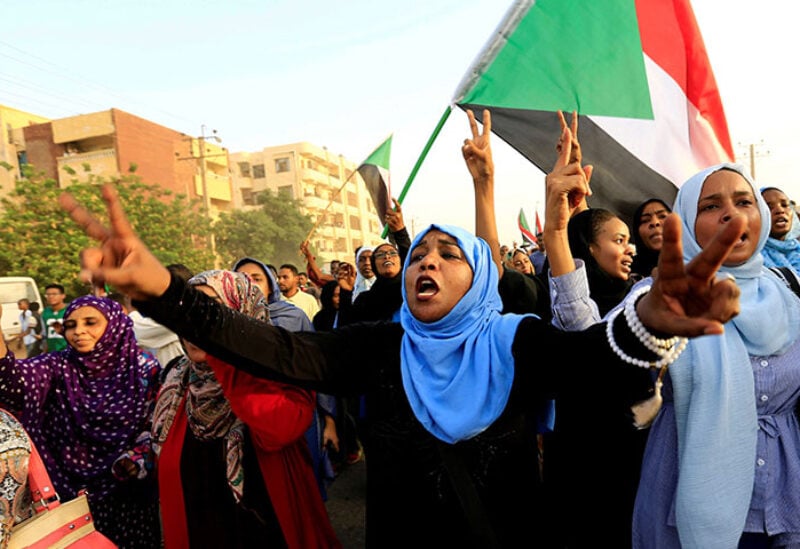 Sudanese take part in a march against the Rapid Support Forces

Sudan’s capital have witnessed demonstrations amid tight security on Thursday, demanding justice for the victims of a 2019 crackdown on pro-democracy protesters.

The marches commemorate the second anniversary of the deadly June 3 breakup by security forces of a major protest camp outside the military’s headquarters in Khartoum and others in Sudan. The violence came shortly after the military overthrew longtime autocrat Omar al-Bashir amid a public uprising against his nearly three-decade rule.

Sudan is now on a fragile path to democracy and is ruled by a transitional military-civilian government that faces towering economic and security challenges.

Security forces killed at least 128 people during the dispersal and subsequent crackdown in June 2019, Protest organizers say, which was a turning point in the relationship between the generals and the protest movement that led the uprising against al-Bashir.

The crackdown also involved what activists describe as a campaign of rapes and sexual misconduct by troops ordered by the military to crush the pro-democracy movement.

Thursday’s demonstrations were called by the Sudanese Professionals’ Association, and the so-called Resistance Committees, which were instrumental in leading protests against al-Bashir.

Ahead of Thursday’s protests, security forces closed off major roads and streets leading to the government and military headquarters in Khartoum.

Video footage later shared online shows protesters gathering outside the Cabinet headquarters and carrying Sudanese flags and posters of those killed in the uprising.

The marches came amid mounting frustration among activists who accuse the government of delaying and obstructing investigations and trials related to the crackdown.

The protest organizers also renewed calls for an international investigation into the crackdown — calls that the army generals have repeatedly dismissed.

The government established an independent committee in 2019 to investigate the crackdown, but the panel kept missing its deadlines, angering the victims’ families and rights groups.

Sudanese Prime Minister Abdalla Hamdok said in a statement late Wednesday that his government has done its best to achieve justice. But he admitted that its “complicated ties” with security agencies overseen by the generals, “has sometimes slowed down justice and delayed the submission of information” prosecutors need for their investigations.