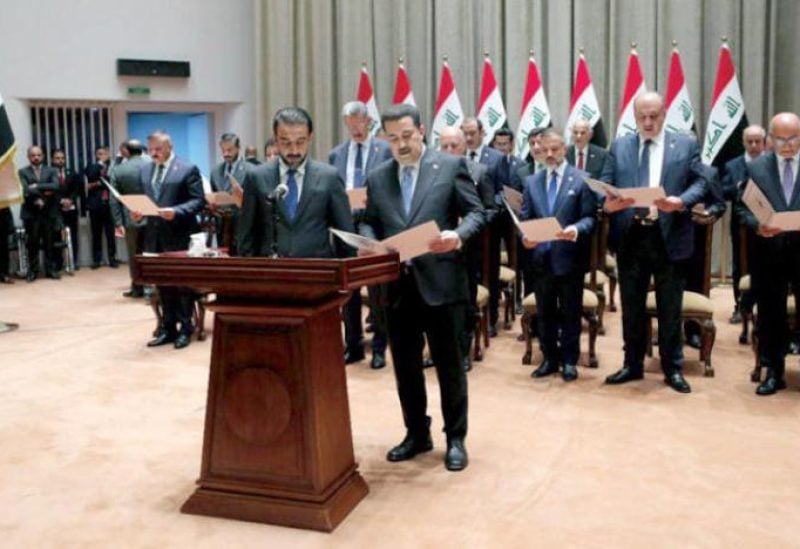 Iraqi Prime Minister Mohamed Shia al-Sudani announced on Tuesday that one of his government’s top priorities is to recover Iraq’s funds smuggled abroad.

During a visit to the Commission of Integrity (CoI) headquarters, he said his government will determine its relations with others based on the extent of their cooperation with Iraq to hand over the convicts and recover the smuggled funds.

Diplomatic efforts will be consistent with the CoI’s efforts in this regard, the PM stressed.

He urged relevant parties to address key issues, such as determining the amounts of misappropriated or wasted funds, and the reasons behind the halt in the implementation of projects that were supposed to provide basic services for the Iraqi people.

Sudani called for the formation of a supportive team for CoI that does not contradict with the jurisdictions and tasks entrusted to it.

He expressed readiness “to provide all the support needed” on the executive and legislative levels and to ratify “laws that fight corruption and help in ending this serious scourge.”

Sudani further underscored the importance of working to improve Iraq’s ranking in the Corruption Perception Index (CPI), stressing that the country is waging a “fateful battle against corruption.”

Former President Barham Salih had proposed a draft law to combat corruption and recover an estimated $150 billion smuggled abroad since 2003.

US Ambassador to Iraq Alina Romanowski said on Sunday that the United States stands ready to work with Sudani to fight corruption.

Meanwhile, economic expert Abdulrahman al-Mashhadani told Asharq Al-Awsat that the Sudan’s pledge to fight corruption may be impossible to fulfill given that he had given the government a year in office before early elections are held.

Holding the elections within a year would by default end his government’s tenure.

Mashhadani affirmed that fighting corruption should indeed be considered a top priority. However, given the lack of focus on specific points in this regard, in addition to other issues that could hardly be addressed during this period makes it difficult to achieve this goal.

He said that resolving this issue could pave the way for resolving other problems and crises in the country.

Sudani has taken concrete steps, the first of which is changing the directors of the ministerial offices, Mashhadani noted.