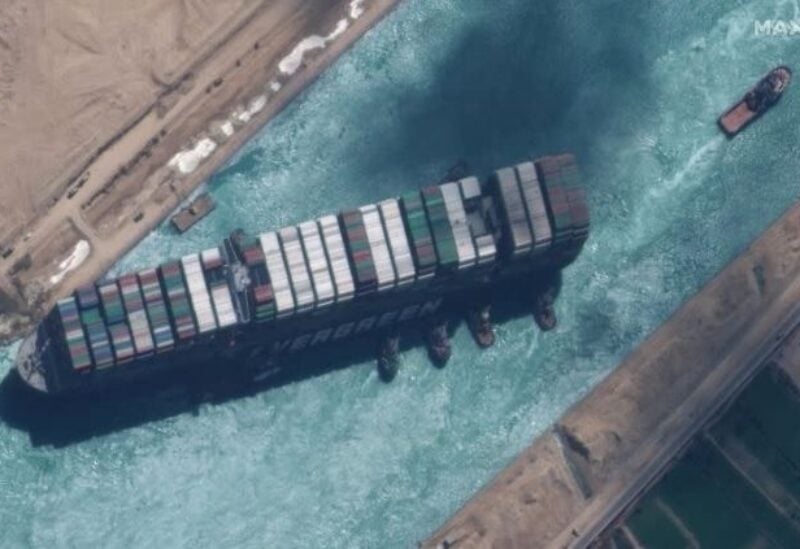 FILE PHOTO: A view shows Ever Given container ship in Suez Canal in this Maxar Technologies satellite image taken on March 29, 2021.

James Vickers, chair of reinsurance broker Willis Re International, told Reuters that the blockage of the Suez Canal will likely lead to large reinsurance claims, adding to upward pressure on marine reinsurance rates.

This week, formal investigations kicked off into how the giant container ship Ever Given ran aground in the canal, closing down shipping in the major global waterway for nearly a week-long period.

The mishap and its repercussions on hundreds of ships delayed in the canal would be a “large loss” for insurance market Lloyd’s of London, its chairman Bruce Carnegie-Brown said this week, while Fitch Ratings said global reinsurers were likely to face hundreds of millions of euros of claims.

Vickers also said reinsurance losses were “not going to be a small amount of money”. The blockage was the latest in a growing number of man-made disasters leading to reinsurance losses, on top of a list of natural catastrophes in the past year, he added.

Reinsurers help insurers cover claims for major events such as hurricanes, in return for part of the premium. Reinsurers typically raise rates after they experience large losses.

Vickers said even before the Suez incident, the marine market “didn’t need much encouragement to keep going in an upward direction.”

Marine reinsurance premiums have been rising for the past few years after multiple years of falling rates, as Lloyd’s of London and other companies have cut back on loss-making lines, reducing competition. The coronavirus pandemic has also put upward pressure on reinsurance rates across the board.

Elsewhere, the U.S. property reinsurance market has been hit by a number of catastrophes including Winter Storm Uri in the U.S. in February, with rates up by as much as 25% in April, the report showed.