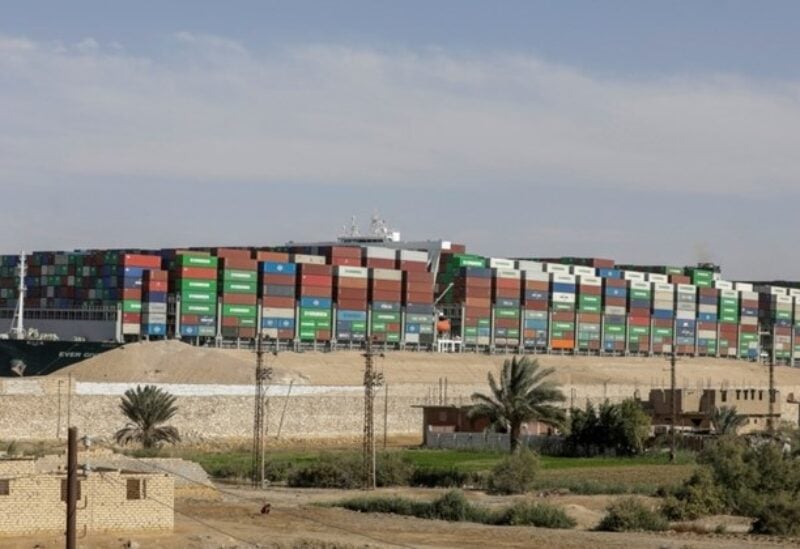 Ship Ever Given, one of the world's largest container ships, is seen after it was fully floated in Suez Canal

CAIRO: The Suez Canal Authority plans to expand and deepen the southern stretch of the waterway where a container ship became jammed and blocked traffic for six days in March, Chairman Osama Rabie said in a televised address on Tuesday.

Rabie presented the plan at an event attended by Egyptian President Abdel Fattah al-Sisi, who indicated that the project should be completed in 24 months at most.

The SCA plans to widen the 30-kilometer stretch of the waterway between the city of Suez and the Great Bitter Lake area by 40 metres (130 feet) eastwards, Rabie said. It also plans to deepen that section to 72 feet from 66 feet.

A second canal lane that opened in 2015 north of the Great Bitter Lake to allow two-directional traffic will be extended by 10km to reach a total length of 82km, allowing more ships to pass, Rabie said.

Sisi said that while further expansion to the canal had been under consideration, the grounding of the 440 metre Ever Given container ship on March 23 highlighted the urgency of the plans.

The vessel, still loaded with thousands of containers, is being held in the Great Bitter Lake amid a dispute over an SCA compensation claim against the Ever Given’s Japanese owner Shoei Kisen.