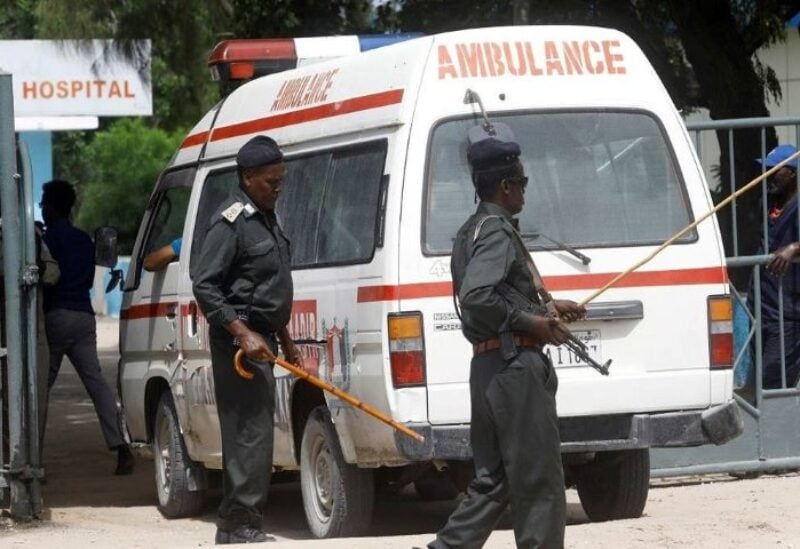 At least four people were killed and eight others wounded in a suicide attack on a café in the Somali capital Mogadishu, police and witnesses said on Friday.

The attacker, who was wearing an explosive belt, targeted a café near heavily guarded government institutions, including the headquarters of the Somali Intelligence Agency, at around 5:30 pm (1430 GMT), the sources said.

“There was a blast caused by a suicide bomber targeting a café near Juba intersection, investigations are still ongoing but the initial information we have indicates four people were killed and eight others wounded,” Mohamed Adan, a police officer at the site of the attack, told AFP.

“The café was crowded when the blast occurred,” said Abdikarim Ali, a witness. “I was close to the area and rushed to the scene after the blast and I saw at least four lifeless bodies strewn in the ruins of chairs, tables and other materials used in the cafe.”

According to another witness, Suleyman Mohamud, “ambulances were collecting dead bodies and injured people from the scene.”