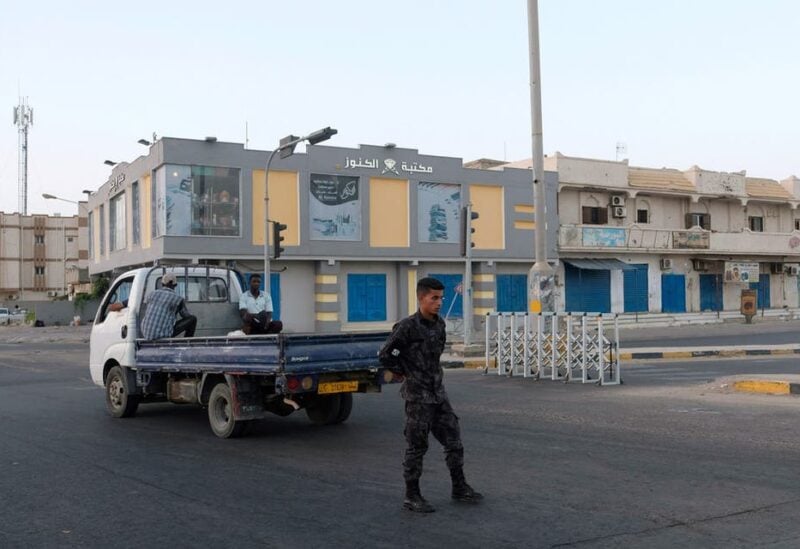 A file photo shows a member of security forces is seen during a security deployment in Sirte, Libya August 17, 2020. (Reuters/Esam Omran Al-Fetori)

A suicide bomber attacked a checkpoint into the Libyan town of Zella on Sunday, killing himself but causing no other casualties, a spokesman for the eastern-based Libyan National Army (LNA), which controls that area, said.

Libya has endured a decade of violence and chaos since the 2011 NATO-backed uprising against former Libyan President Muammar Gaddafi, but there have been only sporadic attacks by militant groups in recent years, mostly in remote desert areas.

Zella is a small oasis town in the desert south of Sirte located near an oilfield of the same name.