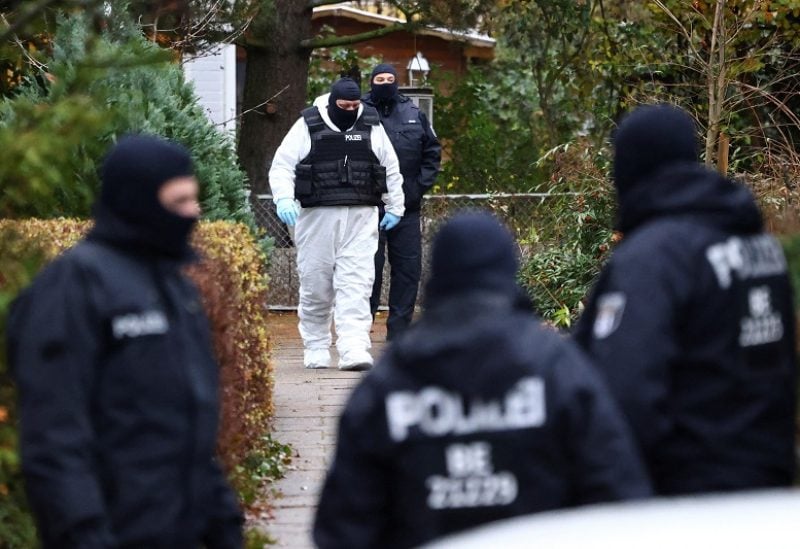 Police secures the area after 25 suspected members and supporters of a far-right group were detained during raids across Germany, in Berlin, Germany December 7, 2022. REUTERS/Christian Mang

German federal prosecutors said that the police have launched nationwide raids on Wednesday and made 25 arrests against members of a far-right “terror group” suspected of planning an attack on parliament.
Individuals belonging to the “Citizens of the Reich” (Reichsbuerger) movement are suspected of “having made concrete preparations to violently force their way into the German parliament with a small armed group,” prosecutors said in a statement.
Raids were conducted across 11 German federal states, added prosecutors.
The suspected arrested are part of a terrorist group whose goal is to overthrow the existing state order in Germany and replace it with their own, and do not exclude violence against the state as a means of achieving the goal, said the office.
Suspects were arrested in the German states of Baden-Wuerttemberg, Bavaria, Berlin, Hesse, Lower Saxony, Saxony, Thuringia as well as in Austria and Italy, said the office.
The suspects are accused of preparing, since the end of November 2021 at the latest, to carry out actions based on their ideology, according to the office.