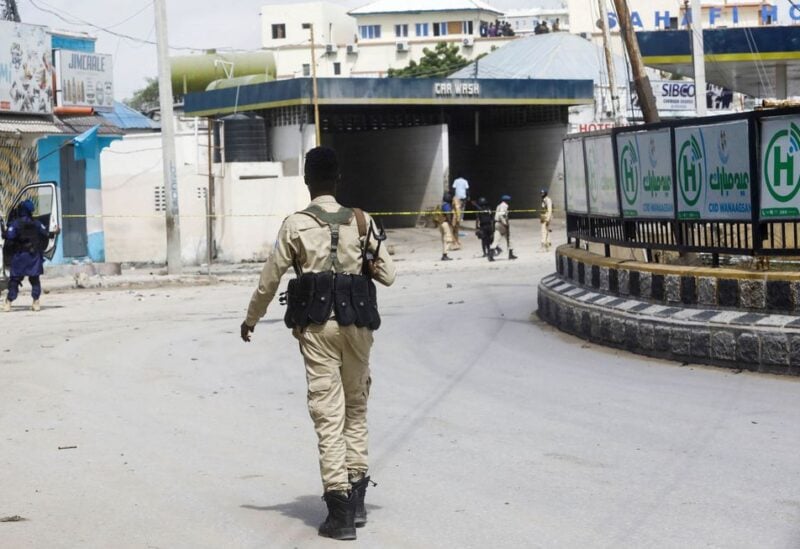 Somali security officers are seen at a section of Hotel Hayat, the scene of an al Qaeda-linked al Shabaab group militant attack in Mogadishu, Somalia August 20, 2022

A soldier and a medical worker told Reuters that a suicide bomber blew himself up at a military facility west of Mogadishu on Sunday, killing one soldier and injuring at least six others.

According to Captain Aden Omar, a soldier at the facility, the suicide bomber disguised himself as a normal soldier and joined others as they walked into a military base early Sunday before detonating the explosion.

“We lost one soldier, and several others were injured. The bomber blew up himself at a check point,” he said.

A nurse at Madina Hospital in Mogadishu told Reuters they had received one dead soldier and six others who were wounded.

It was not immediately clear who had carried out the attack, but Islamist group al Shabaab frequently carries out bombings and gun attacks in Somalia and elsewhere.

The al Qaeda-allied group wants to topple Somalia’s central government and establish its own rule based on its own strict interpretation of Islamic sharia law.