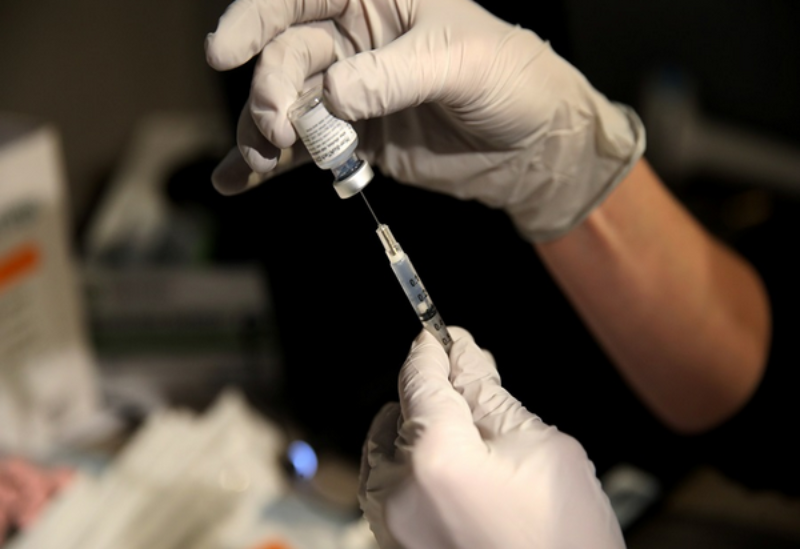 Feeling he can now travel internationally without risking his life, recently-vaccinated American Brian Sheppard hopped on a plane to Mexico’s top beach resort a few days ago to attend the wedding of one of his best friends.

Like other major Mexican tourist draws, Cancun’s all-inclusive hotels along wide stretches of white sand beaches on the Caribbean are benefiting from the steady if uneven global march of coronavirus vaccinations as Mexico prepares for a rebound from one of the worst-ever years for its crucial tourism sector.

While the U.S. Spring Break season has so far been relatively muted in Mexico, summer bookings are seen between 48.7% and 61.5% occupancy at the main tourist destinations, up dramatically from 2020 when properties stood mostly empty, according to government estimates.

U.S. travelers in particular are seen feeling more confident thanks to the increasing application of coronavirus vaccines.

Battered shares of Mexican hotel companies have already begun to recover as the expectation of sunnier times takes hold.

Shares of Grupo Hotelero Santa Fe, which operates properties in Mexican beach destinations including Los Cabos and Puerto Vallarta, have rebounded by more than a third since last November when they hit a record low.

FibraHotel, meanwhile, with a similar profile of hotels has fared even better, with its shares up nearly 70% since May, when they also slumped to their lowest-ever level.

The expected summertime boom is a welcome postcard for Mexico’s ailing economy as tourist spending comprised nearly 9% of gross domestic product in pre-pandemic 2019.

As he finished dinner at a beachfront restaurant, Sheppard confessed he almost turned down his friend’s wedding invite.

“I was gonna miss it,” said the 38-year-old nurse from Cleveland, Ohio, even after receiving his two-shot vaccine. The jabs, he said, gave him the confidence he needed to conquer his fears. “I’d traveled to a few places in my home state, but nowhere really far away.”

The results of a poll from online travel company Expedia late last year showed half of U.S. residents described themselves as “hopeful” for travel due to the arrival of vaccines, a sentiment that spread to Mexican hoteliers.

“The situation looks a lot different now,” said Eduardo Cruz, head of operations for Wyndham Hotels & Resorts in Latin America and the Caribbean.

Cruz sees even more tourism dollars flowing to Mexico in the second half of this year, pointing to what he described as pent-up demand that could lead to a “stampede of travelers.”

Some 458.1 million vaccines doses have been administered worldwide. The United States, home to two-thirds of Mexico’s foreign visitors, has provided its residents with 126.5 million doses so far, according to figures from Our World in Data, an Oxford-based research group.

A surge of tourists to Mexico’s sunkissed beaches, ancient ruins and colonial-era cities is expected even as the governments of the two top sender countries still discourage such travel.

U.S. officials require all returning travelers, including citizens, to test negative for COVID-19 and recently urged them specifically to avoid going to Mexico for Spring Break holidays.

Canada’s government, meanwhile, has temporarily canceled flights to Mexico. Despite that, Cancun’s tourist board is expecting 300,000 visitors in March, up a third from last year.

For most of the past year, Mexican authorities imposed few obstacles to willing visitors with disposable income to spend.

That has fed concern that new coronavirus variants, so far rarely detected in Mexico, could take hold and stifle the tourism revival.

“At these levels, investing in the sector is very attractive,” he said. “But only if expectations are met, and that will depend on the vaccines and borders reopening.”