Summer rolls on along French Riviera as balmy temperatures persist 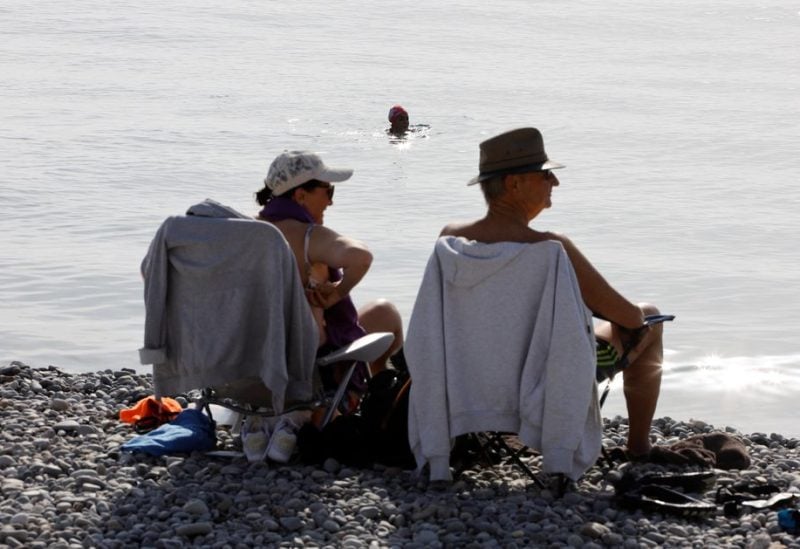 People enjoy a warm and sunny autumn day on the beach of the Promenade des Anglais in Nice, France, France October 27, 2022. REUTERS/Eric Gaillard

On the French Riviera, it is late October, yet people are sunbathing in bikinis, the terraces are crowded, and the water is warm enough to swim in. Few people in Nice were fretting about global warming on the beach.

“Normally around All Saints Day it rains and by the end of October it cools down, but this year is extraordinary,” remarked Rose-Marie Martini, a swimming suit-clad sunbather.

She said that at home, the heating was still off, and that the water was still great for swimming at 20 to 21 degrees Celsius.

“2022 is already the hottest year on record,” said weather forecaster Frederic Nathan at Meteo France, adding that while Indian summers were not unusual, in recent years the degree of warming had been reaching unprecedented levels.

“Each year now sees dozens of heat records and virtually no low temperatures, in a typical sign of climate change,” he said.

Beach resorts across France have extended their season as the unusually hot weather keeps tourists coming.

“The weather is exceptional. We often have good weather in winter here, but this is a summer season that is not ending,” said Rene Colomban, head of the Nice beach operators association.

He said their season was starting earlier and ending later than it did even just a few years ago.

“We remain open as long as the weather allows it … it is great for our business.”