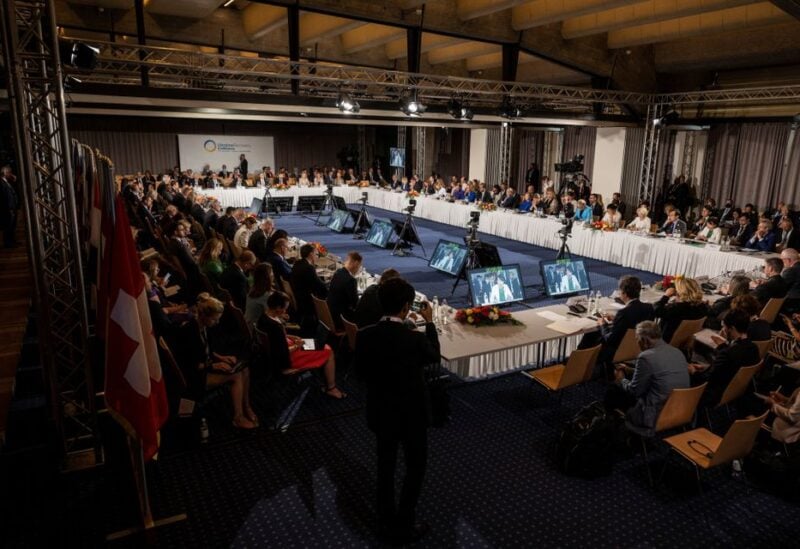 A general view of the round of national statements during the Ukraine Recovery Conference URC in Lugano, Switzerland July 5, 2022. Alessandro della Valle/Pool via REUTERS

An international conference held to aid Ukraine following the disastrous Russian invasion laid forth a number of guidelines to guide Kyiv’s recovery and denounced Moscow’s conduct.

The Lugano Declaration was ratified at the two-day meeting in Switzerland by representatives from more than 40 nations and international organizations, including the European Investment Bank and the Organization for Economic Cooperation and Development (OECD).

The United States, Britain, France, Japan, and other signatories denounced Russia’s military assault “in the harshest terms” and demanded that Moscow immediately withdraw its forces.

Russian President Vladimir Putin sent troops into Ukraine in February in what he calls a “special military operation.” The West calls it an unprovoked attack.

The signatories welcomed commitments to provide political, financial and technical support and launched the Lugano Principles to guide the reconstruction effort, which Kyiv says could cost up to $750 billion.

The principles include partnership between Ukraine and its international supporters and a focus on domestic reforms.

The European Union has said Kyiv still needs to make progress in areas like the rule of law, reining in oligarchs, fighting corruption and ensuring fundamental rights.

Transparency, accountability and respect for the law was another of the principles, which stressed democratic participation and having the whole of Ukrainian society take part in reconstruction.

“Efficient and transparent governance by Ukraine and effective and nimble coordination between donors and with the government are critical for the recovery,” Alfred Kammer, director of the International Monetary Fund’s European department, told the conference.

“The implementation of reforms by Ukraine to strengthen institutions and public policy will support the transformation of the economy and lift growth and the living standards of the Ukrainian people.”