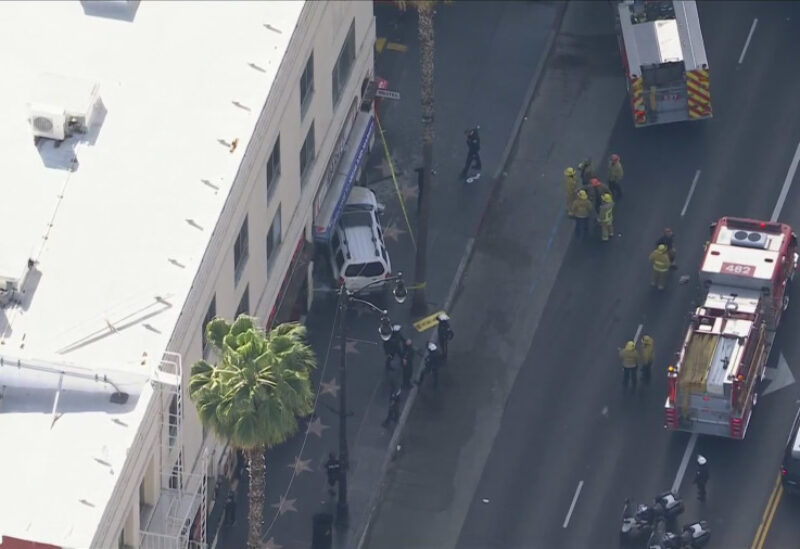 An SUV struck a group of pedestrians on the sidewalk of Hollywood Boulevard on 19 March.

A suspected drunk driver crashed into a Hollywood Boulevard mini market on March 19 after hitting and injuring five people, according to The Hill.

The crash victims were reportedly taken to hospital with at least four thought to be in a critical condition.

​The driver fell asleep and lost control of the vehicle, according to Los Angeles Police Department Captian Brian Wendling.

​“He says that he fell asleep, he ran off the road going the wrong way and he hit a crowd of people,” the captain said, as quoted by the KTLA media outlet.

After the incident the driver was taken into custody on suspicion of driving under the influence.

Prayers for my friends and @FOXLA colleagues @HalEisner and photographer Joab Perez, who are in the hospital after being hit by an out of control car, and for the others injured. Reporter @KocoMcAboy reports driver arrested on suspicion of DUI; police say he said he fell asleep. pic.twitter.com/UhgpWAdYV4