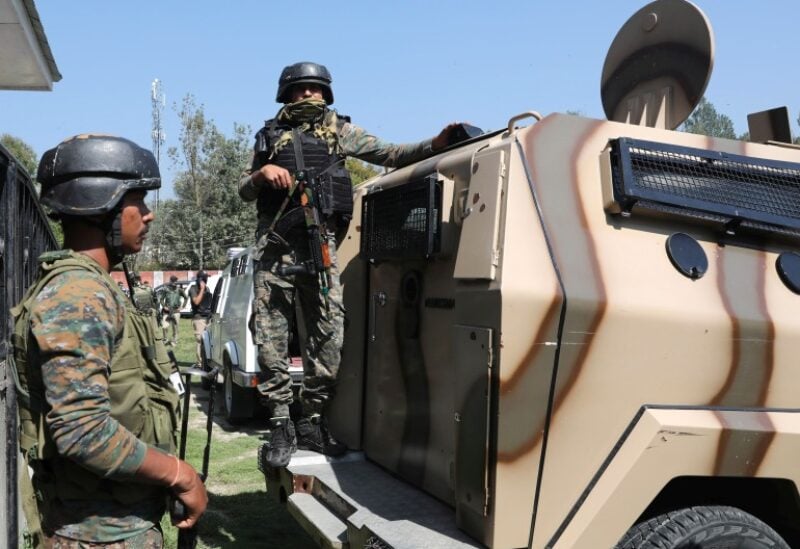 The shootings occurred in a mountain pass near the Line of Control (Loc) dividing the area from Pakistan-administered Kashmir.

Colonel Devendar Anand told AFP that one officer and four soldiers “were killed during a search operation probably by infiltrators”.

“The operation is ongoing,” he added.

The shootings were the deadliest attack on military forces in the area since a ceasefire between India and Pakistan along the effective border was announced in February.

Kashmir has been divided between the two South Asian countries since their independence in 1947, with both claiming the Himalayan region in full.

For over three decades, rebel groups have been fighting Indian soldiers and demanding independence for Kashmir or its merger with Pakistan.

Tens of thousands of civilians, soldiers and rebels have died in the fighting. India accuses Pakistan of supporting the militants.

The region has been subjected to a legislative blitz since August 2019, when tensions soared after New Delhi scrapped Kashmir’s semi-autonomy.

Tensions have flared in recent weeks with a spate of shootings of civilians in the area in attacks claimed by an anti-India militant group.

Seven civilians were shot dead in six days last week, including two teachers on Thursday, sparking public outrage in Kashmir and across the country. Politicians from all sides have condemned the killings.

Nearly 500 residents suspected to have links with banned religious and militant groups were detained across the disputed territory following the shootings, a senior police officer told AFP on condition of anonymity on Sunday.

“No stone will be left unturned to find the killers,” the officer added.

A top anti-terrorism intelligence officer was sent by New Delhi to the region to head up the investigation.

Authorities say at least 29 civilians — including workers from pro-India political parties — have been shot dead in Kashmir so far this year.

Twenty-two of them were Muslims, officials added.

The two teachers, shot by gunmen at a government-run school, were from the Sikh and Hindu communities who are minorities in the Muslim-majority region.

A relatively new militant group The Resistance Front has claimed responsibility and accused those killed of working for “occupier mercenary forces and occupier stooges”.

The statements, issued only in English, were circulated in numerous WhatsApp groups and could not be independently verified by AFP.

The killings have instilled fear among Kashmir’s minorities, with local media reporting that many were fleeing the region.

On Saturday, Human Rights Watch called for the alleged perpetrators as well as Indian security forces accused of abuses including harassment, torture and extrajudicial killings to be held accountable for their actions.

“Kashmiris are caught in unending violence from attacks by militants and abuses by government authorities and security forces,” HRW’s South Asia director Meenakshi Ganguly said in a statement.