Sweden toughens up COVID-19 restrictions to ward off third wave 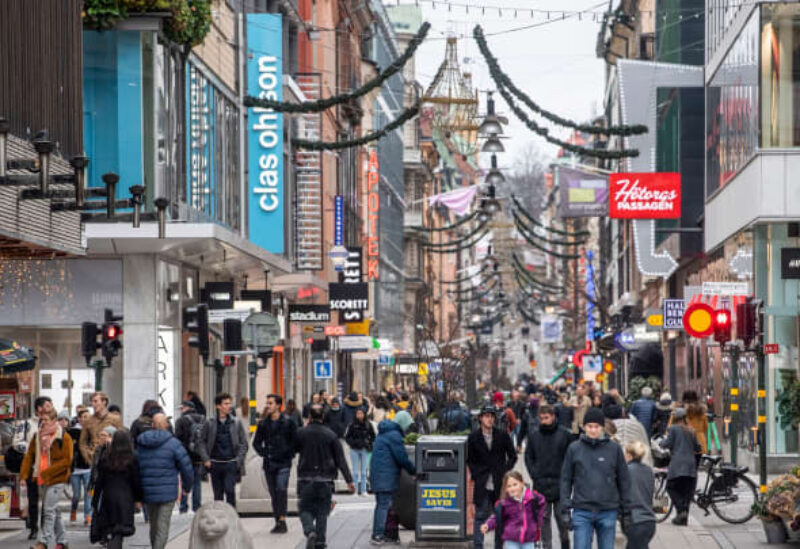 The Swedish government announced on Wednesday it would reduce opening hours for all restaurants, bars and cafes as well as tighten limits on the number of people allowed in shops in a bid to avoid a third wave of the coronavirus pandemic.

The government said it would propose that restaurants and cafes would have to close at 8:30 PM as from March 1. It adds to a previous ban of alcohol sales after 8 PM already in place.

The number of people allowed in shops and malls would be further reduced, the cabinet said, noting that it would elaborate about this measure shortly.

“The situation in Sweden is serious, we have a high spread of infection and it is rising,” Prime Minister Stefan Lofven told a news conference. “We can avoid a third wave if we keep distance.”

All sport competitions below elite level, and for children born before 2006, would be suspended indefinitely, the government added.

Concerns about a potential third wave of COVID-19 have been growing in Sweden in recent weeks as the number of new cases has increased, despite that deaths have come down significantly.

Sweden registered 5,371 new cases on Wednesday, the highest daily increase since early last month. The Health Agency warned yesterday that the British variant, believed to be more infectious, was gradually taking over as the dominant one in Sweden.

In a bid to curb the spread of COVID-19, several of Sweden’s largest regions have also tightened recommendations for the use of masks in shops, workplaces and public transport. The Swedish parliament on Wednesday called on all people in the building to wear masks, the first time during the pandemic such a recommendation was issued.

Sweden, a country of 10 million people, has reported 12,793 deaths from the deadly virus. The death rate per capita is much higher than its Nordic neighbors’ but lower than in many countries in Europe that opted for lockdowns.