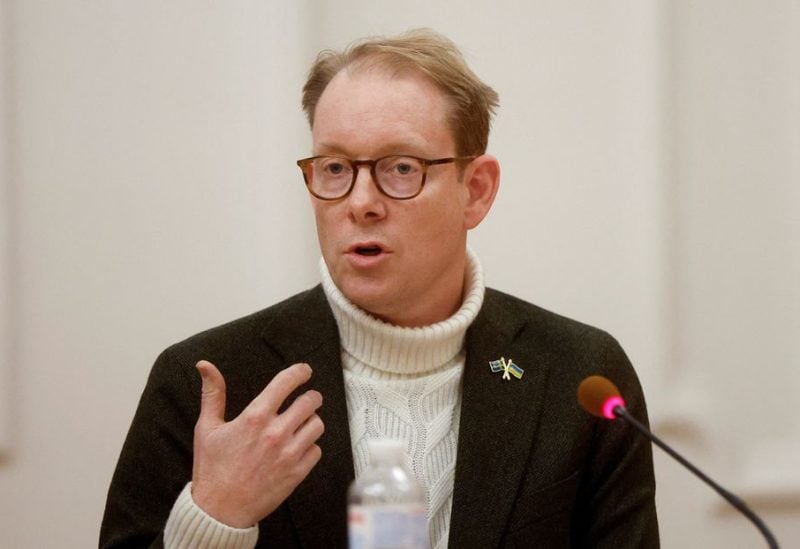 Sweden’s foreign minister said on Thursday that talks with Turkey are going well and that Stockholm expects Ankara will approve the Nordic nation’s bid for membership in NATO before the alliance summit in July.

In May, Sweden and Finland submitted applications to join NATO in response to Russia’s invasion of Ukraine, but Turkey objected, claiming that the Nordic nations harbored militants from the outlawed Kurdistan Workers Party (PKK).

At a press conference after the meeting Cavusoglu acknowledged that Sweden had taken steps to meet conditions spelt out in a memorandum between the three countries but said more needed to be done.

Billstrom said Sweden had already made good progress and said tougher anti-terrorism laws that will come into force on Jan. 1 in Sweden had been welcomed by Ankara.

“It’s not strange that Turkey says there are more things that need to be done. We are not there yet, these things need to be implemented first, but we have taken many steps,” Billstrom said, adding that Sweden had also lifted an arms export embargo to Turkey.

The NATO application has so far been ratified by 28 of the 30 member countries. Hungary has said its parliament will approve the application in early 2023. Ankara says a decision could come after elections due in June.

“We hope that we can become members at the NATO summit in Vilnius in July, at the latest,” Billstrom said. “Our target is to have the application ratified by the Turkish parliament long before that,” he said.

One sticking point has been extraditions of persons Turkey regards as terrorists and Cavusoglu lamented a decision earlier this week, when Sweden’s top court denied a request from Ankara to extradite a journalist with alleged links to Islamic scholar Fetullah Gulen, blamed by Turkey for an attempted coup.

Billstrom said Sweden had an independent judiciary and that there was nothing the government could do to change such decisions.

“Our courts are bound by Swedish and international laws, including the European Extradition Convention, which Turkey also has signed, I might add,” he said.