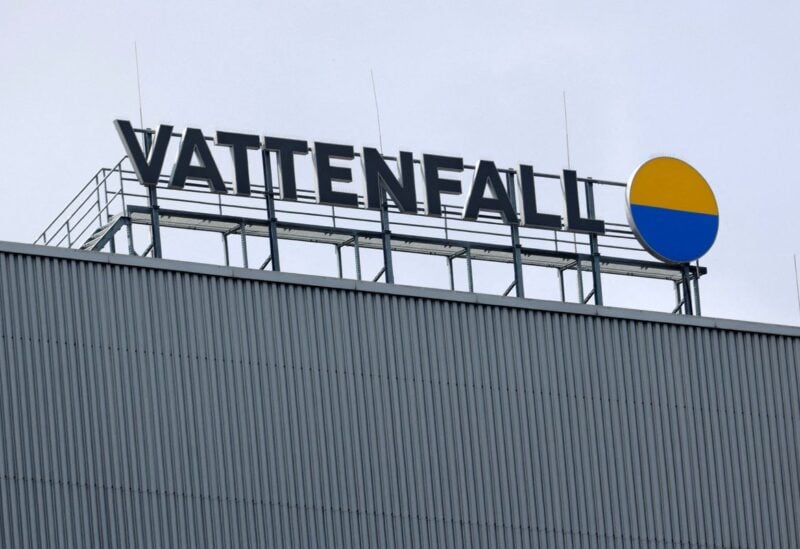 The company Logo hangs at the entrance of the combined heat and power plant, Reuter West, owned by Vattenfall GmbH during its final construction phase before being fully operational in Berlin, Germany June 30, 2022. REUTERS/Michele Tantussi/File Photo

Vattenfall, a Swedish utility, announced on Tuesday that it had delayed the restart of the Ringhals 4 nuclear reactor by two months, to January 31, adding to the region’s power supply woes.

“Unexpected required repairs are taking longer than expected before starting up the unit after the yearly maintenance,” Vattenfall said in a regulatory filing.

The extended outage comes at a critical time as energy prices soar across Europe and countries scramble to ensure there is enough power output for the coming winter.

Vattenfall had already extended ongoing maintenance at Ringhals 4, which has an installed capacity of 1,130 (MW) by three months at the end of August, citing damages to a key component during testing.

Pontus de Mare, Head of Power System Operations at national grid operator Svenska Kraftnat said the import need would increase to 149 hours, from 36 hours normally, if Ringhals were to stay idle throughout winter.

With the current extension, risks of power shortages and blackouts in southern Sweden had increased, he said, while prices could soar.

“If we get a big import need, and it’s difficult to get hold of enough effect while demand is very high, prices will shoot up very high single hours, single days. Prices can become extreme,” he said.

The damage to the reactor’s pressure vessel, a radioactive component, means that Ringhals must now build a full-size mock-up of the 12-metre (39 feet) tall structure for training before repairs can take place.

On the mock-up, Ringhals will also test work methods, components and special tools that will need to be produced for cleaning the pressure vessel and installing new spare parts, the operator said.

“If we have a cold winter, this could lead to extreme effects in the market as it would be difficult to replace this power,” he said.