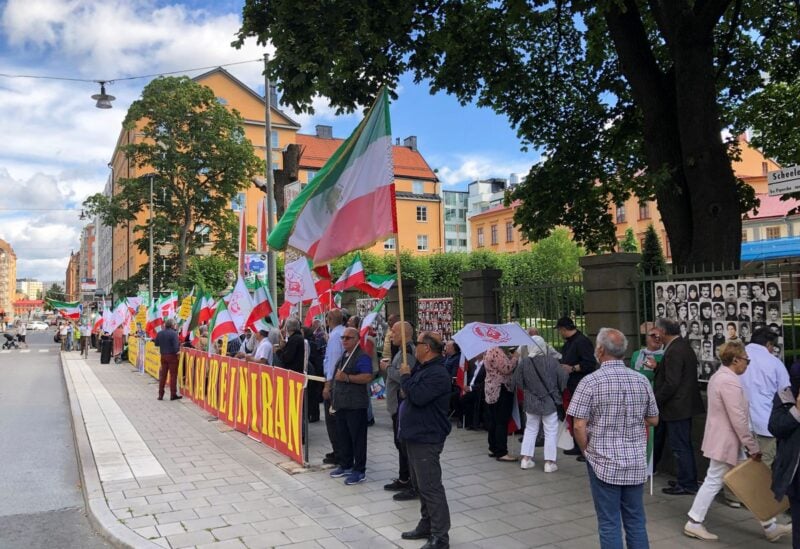 People demonstrate outside the Stockholm District Court as they wait for the verdict in the case of Hamid Noury, a former Iranian prosecution official accused of crimes against international law and murder in Iran in 1988, in Stockholm, Sweden July 14, 2022. REUTERS/Simon Johnson

A Swedish court condemned a former Iranian official to life in jail on Thursday for his involvement in the 1980s killing of political detainees in Iran.

For the 1988 mass killing and torture of political detainees at the Gohardasht prison in Karaj, Iran, Hamid Noury, who was apprehended at a Stockholm airport in 2019, was charged with war crimes.