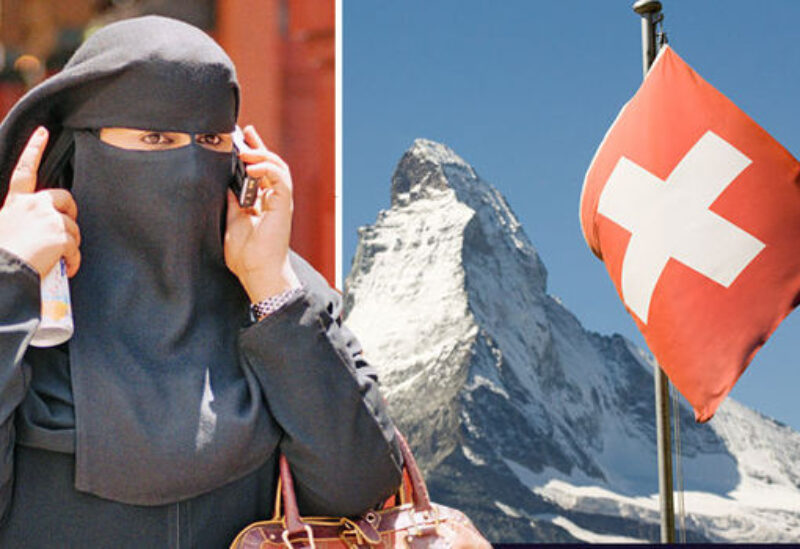 After a divisive vote on banning full facial coverings in public spaces, Polls closed in Switzerland on Sunday

Opinion polls suggest the vote could go either way with the Swiss government and parliament opposing the ban on coverings such as burqas and niqabs.

Under Switzerland’s system of direct democracy, any issue can be put to a national vote as long as it gathers 100,000 signatures in the country of 8.6 million people. A majority vote is enough to pass an initiative.

The voting process was triggered despite the sight of women in Islamic full-face veils being exceptionally rare in Switzerland. Initial results are expected within hours.

Rival posters read, “No to an absurd, useless and Islamophobic ‘anti-burqa’ law”.

A ban would mean that nobody could cover their face completely in public, whether in shops or the open countryside, although there would be exceptions, including in places of worship.

“Besides being useless, this text is racist and sexist,” said Ines El-Shikh, spokeswoman for Muslim women’s group the Purple Headscarves.

She said the proposed law created the impression of a problem, but “there are only 30 women in burqas in Switzerland”.

A 2019 Federal Statistical Office survey found that 5.5 per cent of Switzerland’s population was Muslim, mostly people with roots in the former Yugoslavia.

He acknowledged there were not many burqa-wearing women in Switzerland, but stressed that “when a problem exists, we deal with it before it gets out of control”.

Th SVP’s counter-proposal – automatically triggered if the initiative is rejected – would require people to show their faces to the authorities for identification, such as at borders.