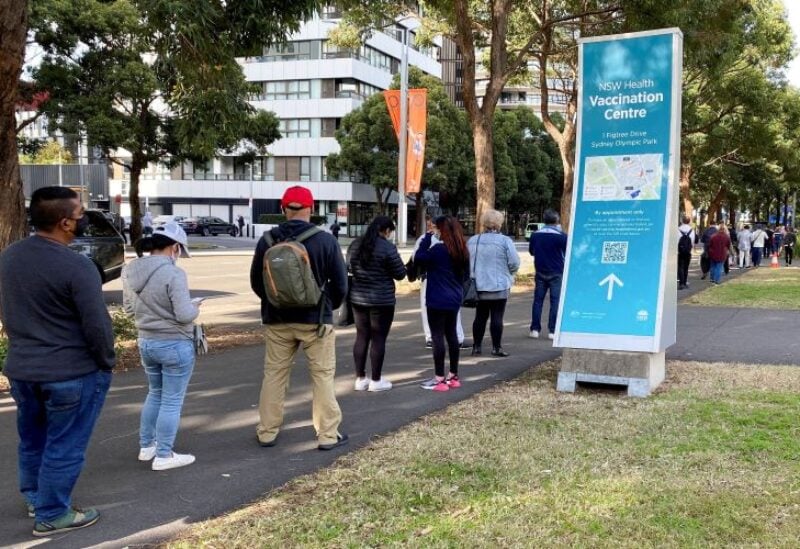 Official modeling suggested on Friday that the Omicron epidemic in Australia’s most populous state might peak by the end of January, as officials imposed certain restrictions in an attempt to halt the unprecedented surge in illnesses.

After successfully limiting the virus early in the pandemic with lockdowns and strict border controls, Australia is now seeing infection rates that are significantly higher than the rest of the Asia-Pacific area.

State Premier Dominic Perrottet of New South Wales (NSW) has postponed non-urgent operations and reintroduced a ban on singing and dancing in clubs and pubs, including in Sydney, the state capital with a population of over 5 million people.

“This is a challenging time, not just in New South Wales, but around the world,” Perrottet said during a media briefing on Friday, as people admitted to the state’s hospitals with COVID-19 nearly doubled to a record 1,738 in just over a week.

This could rise to around 6,000 by the end of this month under a worst-case scenario, but that would be still below hospital capacity, a modelling by NSW Health department showed. The hospitalisation numbers are expected to fall from February.

NSW has clocked more than 100,000 cases over the past three days, higher than the total Delta infections reported between mid-June and late November, when the first Omicron case was detected.

Omar Khorshid, the head of the Australian Medical Association, accused the premier of having a “let it rip” policy and criticised his decision to ease almost all tough curbs about a month ago after higher inoculations.

“There is no way they will turn this curve around until everyone is either immune or have caught the virus,” Khorshid told the Ten Network on Friday.

Australia reported record cases for the fifth straight day on Friday, with more than 78,000 infections. Thursday’s cases stood at 72,401. Since the pandemic began, Australia has recorded more than 762,000 cases and 2,321 deaths.