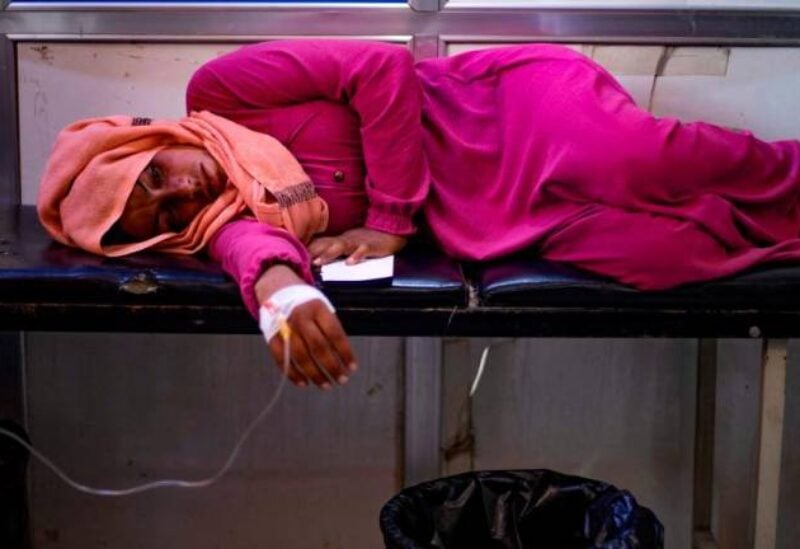 A woman suffering from cholera receives treatment at the Al-Kasrah hospital in Syria's eastern province of Deir Ezzor, on 17, 2022, affected by the usage of contaminated water from the Euphrates River, a major source for both drinking and irrigation. AFPPIX

The UN has described the cholera outbreak as the deadliest to hit the war-torn nation in years, and the Syrian health ministry reported on Monday that 29 people have died as a result of it.
Rapid assessment testing has identified 338 cases since the epidemic was initially noted last month, with the majority of deaths and illnesses occurring in the northern Aleppo province, according to a statement from the ministry.

It said 230 cases were in Aleppo province where 25 people were confirmed dead. The rest were spread across the country.
The United Nations this month said the outbreak was believed be linked to irrigation of crops using contaminated water and people drinking unsafe water from the Euphrates river which bisects Syria from the north to the east.

The highly contagious disease has also spread to the country’s Kurdish-held and opposition areas in north and northwestern Syria where millions have been displaced by the decade-old conflict, medical officials said.
Suspected cholera cases have risen to 2,092 in the northeast of Syria since the outbreak was announced this month, said the US-based International Rescue Committee (IRC) which operates in the northern region.
It said there were fears about significant under-reporting of cases.

The widespread destruction of national water infrastructure after more than a decade of war means much of the Syrian population is reliant on unsafe water sources.
Prior to the recent cholera outbreak, the water crisis had caused an increase in diseases such as diarrhea, malnutrition and skin conditions in the region, according to the World Health Organization.