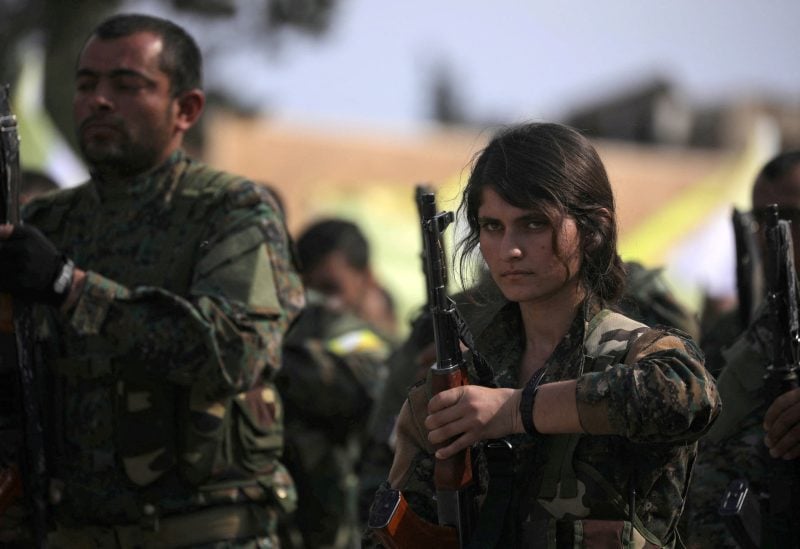 The Syrian Democratic Forces, a U.S.-supported organization that assisted in the defeat of Islamic State jihadists in Syria, announced on Friday that it had halted all cooperative counterterrorism activities with the United States and other allies due to Turkish bombardment of its region of control.

Turkish shelling and airstrikes on northern Syria have increased over the past several weeks, and the country is preparing a foot invasion against Syrian Kurdish troops, whom it labels terrorists but who make up the majority of the SDF, which is supported by the United States.

The SDF has long warned that fighting off a new Turkish incursion would divert resources away from protecting a prison holding IS fighters or fighting IS sleeper cells still waging hit-and-run attacks in Syria.

Aram Henna told Reuters that “all coordination and joint counter-terrorism operations” with the U.S.-led coalition battling remnants of the Islamic State in Syria as well as “all the joint special operations we were carrying out regularly” had been halted.

The Turkish bombardment – using both long-range weapons and air strikes – has frustrated its NATO ally Washington.

U.S. Defense Secretary Lloyd Austin told his Turkish counterpart on Wednesday that the United States was in “strong opposition to a new Turkish military operation in Syria.”

Austin also said Turkish raids had “directly threatened the safety of U.S. personnel who are working with local partners in Syria to defeat ISIS,” according to the Pentagon.

The U.S.-led coalition has backed the SDF with air strikes, military equipment and advisers since 2017, first helping it wrest back territory from IS and then supporting clearing operations against jihadist sleeper cells.

Pentagon spokesman Brigadier General Patrick Ryder had earlier told reporters that only joint patrols had been suspended and that operations against IS had not stopped.

The U.S.-led coalition did not immediately respond to questions from Reuters on Friday about whether more operations had been suspended.

Sheikhmous Ahmed, the head of the displacement department in Syria’s northeast, told Reuters that Turkish raids in late November had disrupted operations in and around al-Hol, a detention camp where women and children affiliated to IS fighters are held.

He said humanitarian operations were suspended for several days and that some minors affiliated to IS had tried to escape but were caught.

A Western source briefed on the matter confirmed that there was “some worrying movement” in the section where foreign IS-linked women and children were held.

“We are still nervous. We need stronger, more solid statements to stop Turkey,” he said. “Turkey has announced its intent and is now feeling things out. The beginning of an invasion will depend on how it analyses the positions of other countries.”