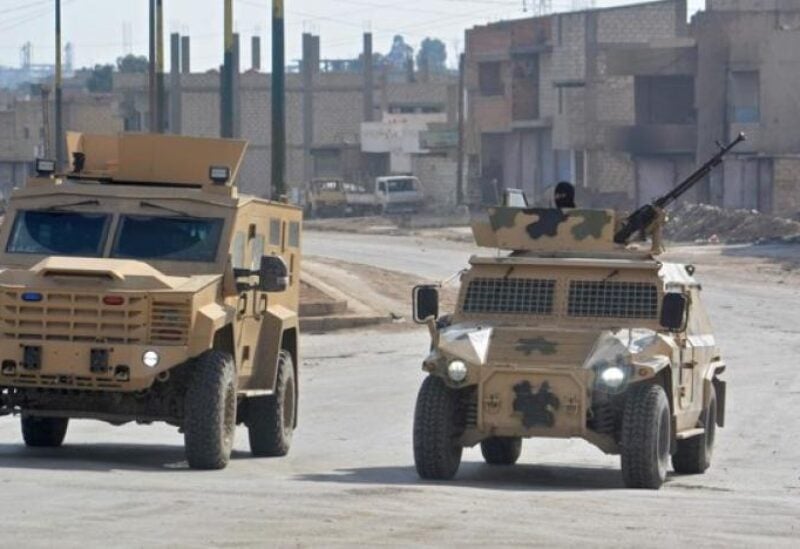 The Kurdish-led Syrian Democratic Forces (SDF) charged that the ISIS militants were using hundreds of minors as “human shields” inside the Ghwayran prison in the northeastern city of Hasakah.

The UN childrens’ agency UNICEF called for the protection of some 850 minors detained inside the jail, some as young as 12, warning that they could be “harmed or forcibly recruited” by the terrorist group.

More than 100 ISIS militants late Thursday stormed Ghwayran prison using suicide truck bombs and heavy weapons, setting off days of clashes both inside the facility and in surrounding neighborhoods.

The fighting died down Sunday evening as the US-backed SDF consolidated control over areas around the jail and declared the entire city locked down for a week.

“To prevent terrorist cells from escaping… the Kurdish administration in northeast Syria announces a complete lockdown on areas inside and outside Hasakah city for a period of seven days starting on January 24,” the administration said.

Businesses were ordered to close with the exception of essential services, such as medical centers, bakeries and fuel distribution centers.

Civilians were hunkering down Monday in their homes as Kurdish fighters backed by the US-led coalition combed the area for hideout jihadists, said an AFP correspondent.

The SDF erected several checkpoints at the entrances to Hasakah, with even tighter security measures imposed in neighborhoods adjacent to the jail, the correspondent said.

The SDF said in a statement its advances inside the prison where stymied by the use of hundreds of minors as “human shields” by ISIS militants holed up in a dormitory.

The group said the adolescents, who had been detained over suspected links to ISIS, were being kept in a “rehabilitation center” in the jail.

The Britain-based group Syrian Observatory for Human Rights said Monday that a precarious lull in fighting continued to hold, as holdout jihadists were refusing to surrender.

The group raised the death toll from the clashes to 154 killed since Thursday, including 102 jihadists, 45 Kurdish fighters and seven civilians.

In other parts of Syria’s northeast under the administration’s control, a nighttime curfew was set to go into force Monday from 6:00 pm until 6:00 am.