Syria: Rights groups in Moscow urge Russians to wake up to war abuses 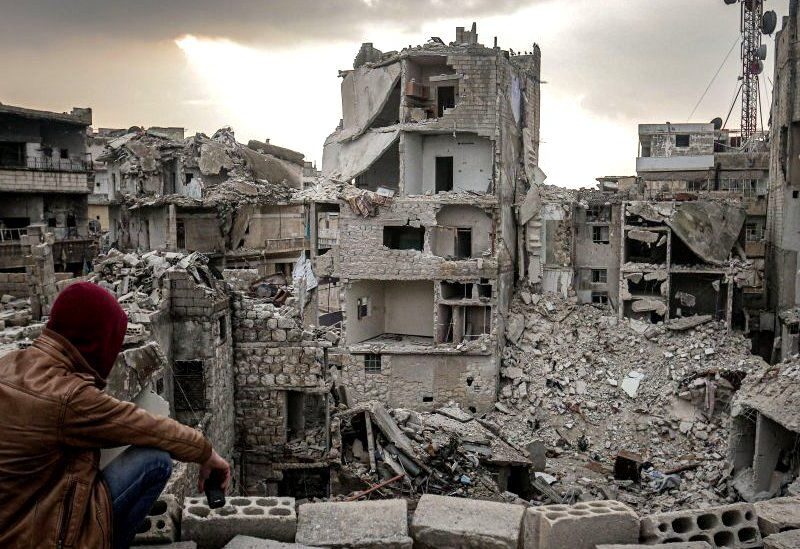 Rights groups in Moscow urged Russians to take responsibility for abuses in Syria as they released a rare and damning report on Friday on the country’s role in the decade-old conflict.

Published to coincide with the 10-year anniversary of the war, the report is the first into the conflict by Russian campaigners, and seeks to shed light on the victims of the country’s military actions in Syria, a taboo topic for Kremlin-friendly media.

Its findings are in stark contrast to Moscow’s official narrative and President Vladimir Putin’s praise of the Russian military for intervening in 2015 to root out “terrorists” and support Bashar al-Assad’s government.

Prepared by Memorial, Russia’s leading human rights group, and several other organisations, the 198-page report features interviews with more than 150 witnesses to events in Syria.

“The overwhelming majority of our interviewees do not see Russia as a saviour, but as a destructive foreign force whose military and political intervention helped bolster the war criminal heading their country,” the groups said.

“Some of the people we interviewed revealed that they or their loved ones had been victims of Russian bombings.”

The report, entitled “A Devastating Decade: Violations of Human Rights and Humanitarian Law in the Syrian War”, accuses Russia of abuses including the indiscriminate bombing of civilians, its backing of the Assad government’s use of torture, and culpability in other war crimes.

“Based on our interviews and the review of documentation, there was a clear pattern of indiscriminate and targeted attacks that did not correspond to the presence of military targets,” the report said.

“Many of our witnesses insisted that in most cases residential areas, located far away from any military objects, were targeted.”

Assad’s government has been accused of atrocities including targeting civilians, using chemical weapons and starving people to death in besieged cities.

The campaigners also noted abuses by US-led forces who had intervened in Syria, but said most first-hand accounts were related to “abuses suffered at the hands of Syrian government forces and their allies, and armed opposition groups, including terrorist groups”.

Memorial’s Oleg Orlov, speaking to reporters, compared Russia’s bombing of Syrian civilians to the military’s tactics in Chechnya where Moscow fought two wars against separatists in the 1990s and 2000s.

The report urged Moscow to conduct independent investigations into the Russian army’s bombardments in Syria and pay compensation to victims.

The authors, who worked on the study for two years, were unable to enter Syria and interviewed Syrians who had fled the war in Lebanon, Turkey, Germany, Russia and elsewhere.

A  woman from the Homs city neighbourhood of al-Waer, which was under siege between 2013 and 2016, told the authors that Russia’s intervention had emboldened Assad’s government.

How do Syrians stay entertained in refugee camps?

“In the six months since the start of Russian bombing, there were more victims than there were over two years of Syrian bombing,” said the woman, who at one point weighed just 33kg.

Russia has denied that the Syrian authorities have used chemical weapons against civilians and used its veto power at the UN Security Council to protect Damascus.

But the Russian activists said they collected testimony from witnesses of attacks using sarin and other chemical weapons.

“I saw 30 children lying dead with other people still pouring water over them,” a surgeon from Eastern Ghouta told the authors. “I will never forget that scene.

One section of the report focuses on the treatment of refugees of the conflict abroad, including in Russia where just a handful have been granted asylum since the conflict began.

The Russian government has refused to grant status or asylum to all but a handful of Syrians, despite Russia’s role in their forced displacement,” the report said.

The campaigners said they wanted as many Russians as possible to read their study and “understand their responsibility for what is happening in their name in Syria”.

“We felt both bitter and ashamed for how our Syrian interviewees view Russians,” they added.

Despite their efforts, Orlov said the rights campaigners did not hold out much hope, AFP reported.

“I am afraid that we should not expect a serious reaction from Russian society,” he said.