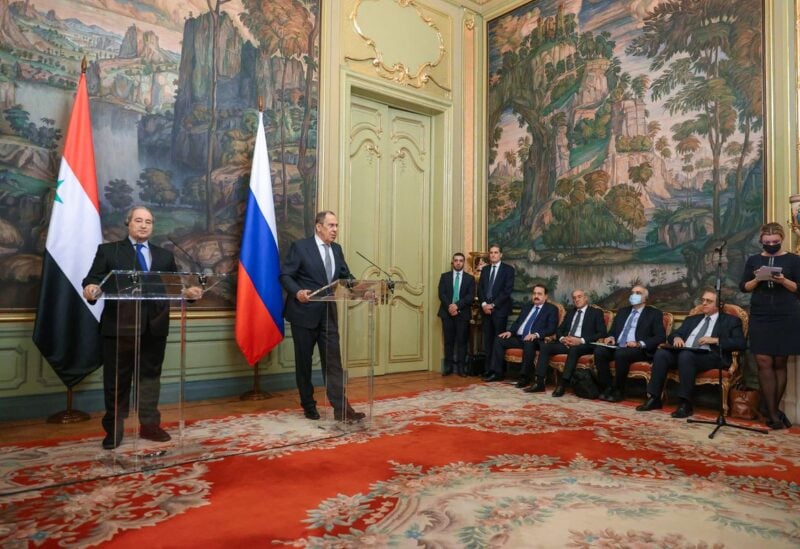 The United States and its European allies are set to announce fresh sanctions against Russia on Tuesday after Putin recognised the two breakaway regions, deepening Western fears of a new war in Europe.

“Syria supports President Vladimir Putin’s decision to recognise the republics of Luhansk and Donetsk,” the state TV quoted Foreign Minister Faisal Mekdad as saying during an event in Moscow.

“What the West is doing against Russia is similar to what it did against Syria during the terrorist war,” said Mekdad.

Syria has been a staunch ally of Moscow since Russia launched a military campaign in Syria in 2015 that helped to turn the tide in a civil war in favour of President Bashar al-Assad.

Later, the Syrian presidency said Damascus had already planned to recognize Donetsk as early as December 2021.

“Syria affirms that it is ready to work on building relations with the republics of Luhansk and Donetsk and to stregthen them with regard to mutual interests,” the statement added.