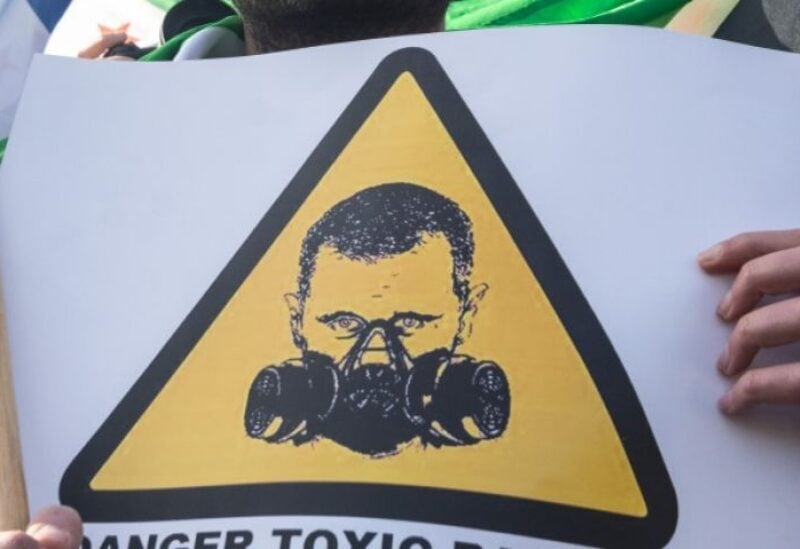 One of Syria’s top chemical weapons scientists worked for the Central Intelligence Agency (CIA) for 14 years, passing on details of the country’s secret program to develop deadly weapons such as sarin gas, a new book has revealed.

Known as “the chemist” by the CIA, he worked undercover from 1988 until 2001 — until an unfortunate twist of fate saw him executed by the Syrian regime. The story was uncovered by Joby Warrick, a Washington Post reporter, in his book “Red Line.”

It explains that “the chemist” was recruited by the CIA after offering his services while at a conference in Europe. Months later, he was approached and recruited in Damascus by a CIA officer.

The book explains how he revealed the location of a top-secret chemical weapons lab in Damascus — Institute 3,000 — and had reported details of the Syrian plan to mount lethal chemical weapons on missile-ready warheads.

After 14 years spying for the clandestine intelligence agency, however, “the chemist” met with a grim end. A senior Syrian intelligence officer told him he had been betrayed. Assuming this meant his role as a CIA spy had been disclosed, he confessed and was executed by firing squad.

The book’s name is a reference to former US President Barack Obama’s 2012 promise of military retaliation against the Assad regime if it used chemical weapons in the Syrian war. Obama announced back then that the use of such weapons was a “red line.”

Despite this, Syrian regime forces went on to kill hundreds of civilians in the infamous chemical attack on the Damascus suburb of Ghouta in August 2013.

The US chose not to respond, and according to the Berlin-based Global Public Policy Institute, the regime went on to use chemical weapons at least 300 more times over the course of the war.

Earlier in February, the UN high representative for disarmament affairs slammed the use of chemical weapons in Syria, saying those responsible should be held to account.

“Without such an action, we are allowing the use of chemical weapons to take place with impunity,” said Izumi Nakamitsu. “It is imperative that (the UN Security Council) shows leadership in demonstrating that impunity in the use of these weapons will not be tolerated.”