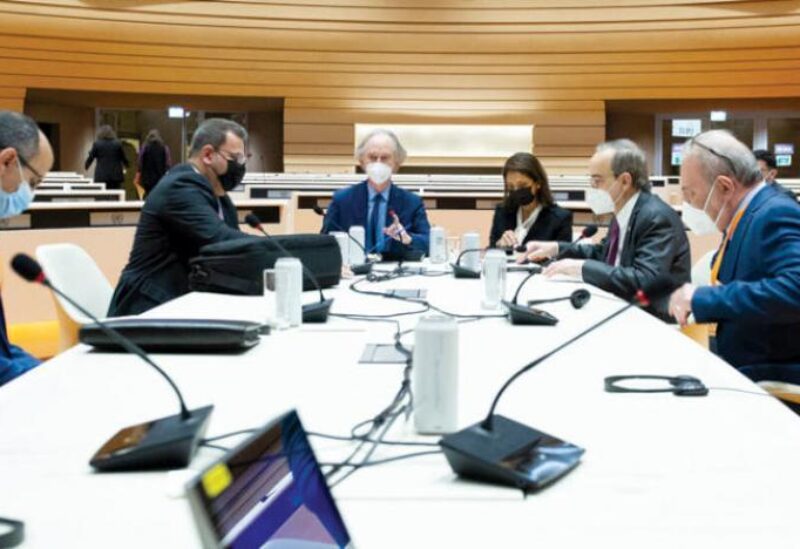 The Syrian Constitutional Committee’s “small body” resumed its work on Monday amid optimism spread by the UN Special Envoy for Syria Geir Pedersen on the government and opposition co-chairs of the Committee agreeing to draft a new constitution.

“So, the new thing this week is that we will actually be starting a drafting process for constitutional reform in Syria,” he added.

For the first time ever, Committee co-chairs Ahmad Kuzbari, the Syrian government representative, and Hadi al-Bahra, from the opposition side, met together with Pedersen on Sunday morning.

The UN special envoy described it as “a substantial and frank discussion on how we are to proceed with the constitutional reform and indeed in detail how we are planning for the week ahead of us.”

For his part, al-Bahra pointed out that the opposition delegation is after reforms that included equal rights to all Syrians.

In a statement, he pointed out that the lack of a clear separation of powers in the current constitution led to an imbalance that was misused.

According to the opposition leader, each party would present proposed texts and formulations on issues, including sovereignty and the rule of law.

“We will now start discussing the proposals related to the constitutional text put forward by each party,” noted al-Bahra, adding that “all parties have agreed to this mechanism.”

“We will hold a first round in which each party presents the principles that it proposes to discuss on the first day,” clarified al-Bahra.

On the other hand, the Syrian government delegation maintained its silence ahead of the upcoming talks.