Syrian fighters who fought against Islamic State sign up to fight alongside Russian troops in Ukraine: Report 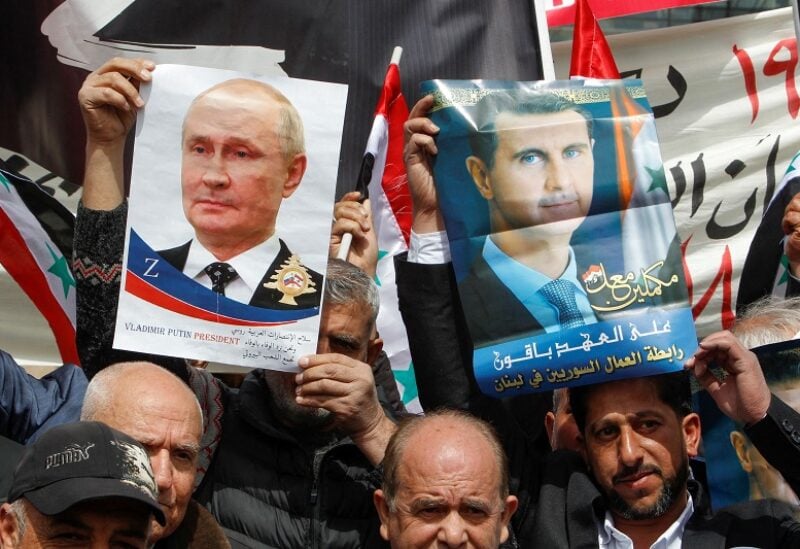 People hold a poster of Russian President Vladimir Putin and Syrian President Bashar al-Assad during a rally in support of Russia's military invasion of Ukraine, in front of the U.N. headquarters in Beirut, Lebanon March 20, 2022. REUTERS/Aziz Taher

Amid reports thar Russia is preparing for a greater battle against Ukraine, Syrian fighters who fought against the Islamic State have allegedly signed up to fight alongside Russian troops in Ukraine.

These include soldiers, former rebels, and experienced fighters from the 5th Division and the Quds Brigade that fought in Syria. Among them is members of the division of Brigadier General Suheil al-Hassan called the ”Tiger Force” in Syria.

He was praised by Russian President Vladimir Putin during his visit to Syria in 2017. Al-Hassan had played a crucial role in defeating militants in the country’s civil war.
A Ukrainian diplomat told the news agency Reuters, “We are asking the Turkish side to monitor what they are bringing from Syria to Russia.”

Almost 40,000 people from Syria have registered for combat training in Russia as per the Syrian Observatory for Human Rights.

Its head Rami Abdurrahman said, “The Russians are looking for experienced fighters. They don’t want anyone who was not trained by the Russians.”

Kremlin had said that it has also received approximately 16,000 applications from the Middle East.

US-based think thank Institute for the Study of War stated in its latest report, “Any change in the posture of Russian forces or pro-regime militias creates security gaps that anti-regime actors including Turkey, ISIS, al-Qaida, and Syrian opposition groups can exploit.”