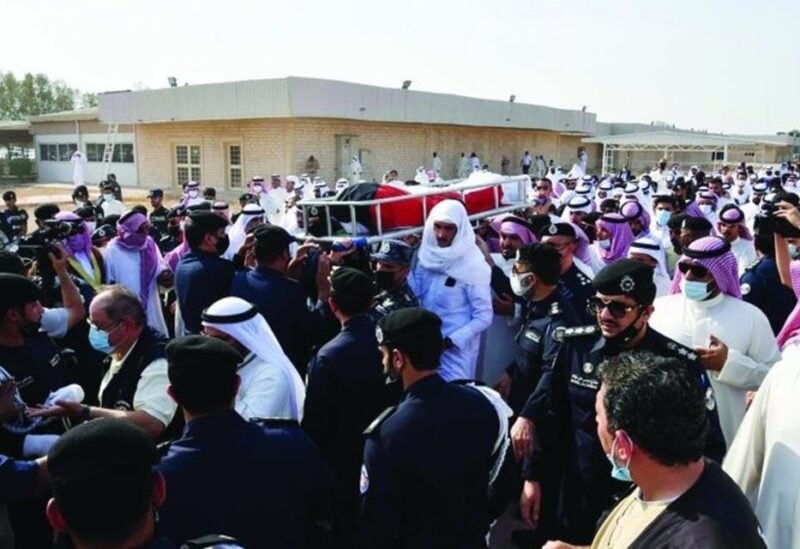 A nineteen-year-old Syrian man went on a stabbing rampage, killing his mother then a traffic policeman in cold blood in Mahboula, Kuwait, local media reported on Monday.

After allegedly killing his mother who is a Kuwaiti national, the perpetrator identified as Ahmad then drove to Mahboula where he knocked down the policeman who tried to stop him. The man then got out of his car and repeatedly stabbed the officer before running away to another area where he was later found by security forces.

He was asked to surrender before exchanging fire with him. The Syrian national was seriously wounded in the standoff and was eventually sent to Adan hospital where he died.

The country’s Ministry of Interior organized a funeral for the murdered policeman, officer Abdulaziz Mohammad al-Rasheedi of the General Department of Traffic.

Interior minister Thamer Ali Sabah al-Salem al-Sabah said that a comprehensive investigation will be conducted over the crime.

The killings come just a couple of months after Farah Hamza Akbar was kidnapped and murdered in Kuwait by a man who had allegedly been stalking her, in April this year. Her body was then dumped at Adan hospital.