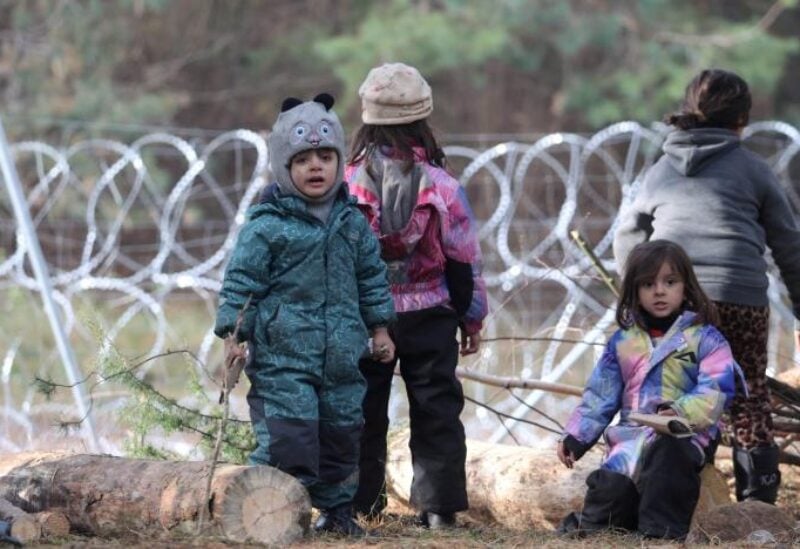 Cham Wings said it took the decision “because we cannot differentiate between travelers and migrants”.

The announcement came hours after Polish police said that the body of a young Syrian man had been found in a forest close to the border between Poland and Belarus.

“The cause of the death could not be determined at the scene,” the police said, adding that a group of around 100 migrants had attempted to cross the border during the night in the same area.

Thousands of migrants — mainly from the Middle East and including Kurds and Syrians — have crossed or attempted to cross the EU and NATO border since the summer.

The crisis escalated this week when larger groups of hundreds of migrants began arriving at the border and attempting to get through.

Poland is refusing to allow them to cross, with the West accusing Belarusian leader Alexander Lukashenko of luring them into his country to send over the border in revenge for sanctions.

On Friday, Iraq said it was drawing up lists of its nationals blocked on the border who wish to be repatriated voluntarily.

In recent weeks, would-be migrants have been forced to fly through third countries, usually Turkey, to reach Belarus.

But on Friday, Turkey banned citizens of Syria, Iraq and Yemen from flying from its airports to Belarus because of the refugee crisis.

Cham Wings is the only Syrian airline that flies to the Belarusian capital, Minsk.

Syria’s national carrier operates limited flights due to international sanctions imposed on the Damascus government after the start of the civil war in 2011.

Some people from Iraq have travelled to Lebanon in recent weeks to try to catch flights from Beirut to Minsk, airport officials in the Lebanese capital said.

“Around a month ago, we started preventing Iraqis arriving from Iraq” who wanted to fly to Minsk, one official told AFP.

“They have e-visas but we know they are illegal immigrants,” the official added on condition of anonymity.