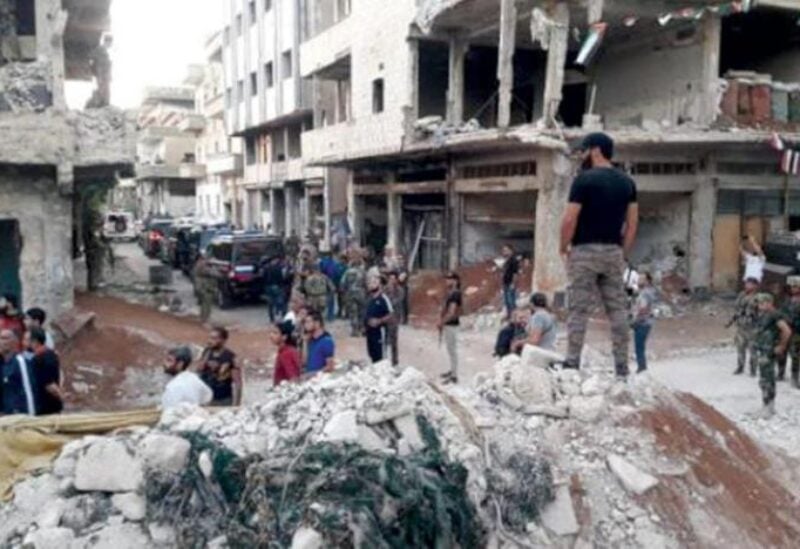 The escalation in violence followed opposition fighters, in a Saturday meeting, refusing a request put forth by the regime’s security committee and Russian representatives to uproot 50 individuals from the city.

Syria’s military bombarded the last opposition enclave in Daraa on Sunday, killing at least six people in one of the deadliest attacks in its siege of the birthplace of the country’s uprising, residents told Reuters.

Such brutal developments have prompted the Daraa Central Committee, based in the western countryside, to issue a statement announcing local mobilization and threatening to take the conflict province-wide if the regime’s elite division and Iranian militias don’t cease their attack on blockaded neighborhoods.

In its statement, the Central Committee explained that the announcement came after consulting with leaders in the eastern countryside of Daraa and the Jaidour area (north of Daraa).

An elite division of the army, backed by Iranian militias, has been blocking food and fuel deliveries to Daraa al Balad to press opposition fighters to surrender three years after government forces retook the rest of the area near the border with Jordan.

According to al Horani, the Central Committee had held a meeting with the regime’s security committee and the Russians on Saturday.

During the meeting, regime officers demanded relocating more Daraa locals to northern Syria and presented a list of 50 names for the individuals they wish to uproot. The Committee turned down the request and insisted that the second batch of locals moved three days ago is supposed to be the last.

The meeting concluded without any breakthrough, the Central Committee member told Asharq Al-Awsat.

Russian generals holding talks with local figures and army commanders announced a plan on Aug. 14 that would allow the army to enter but giving guarantees to residents against reprisals and offering safe passage to former rebels to leave for other opposition areas in northwest Syria.