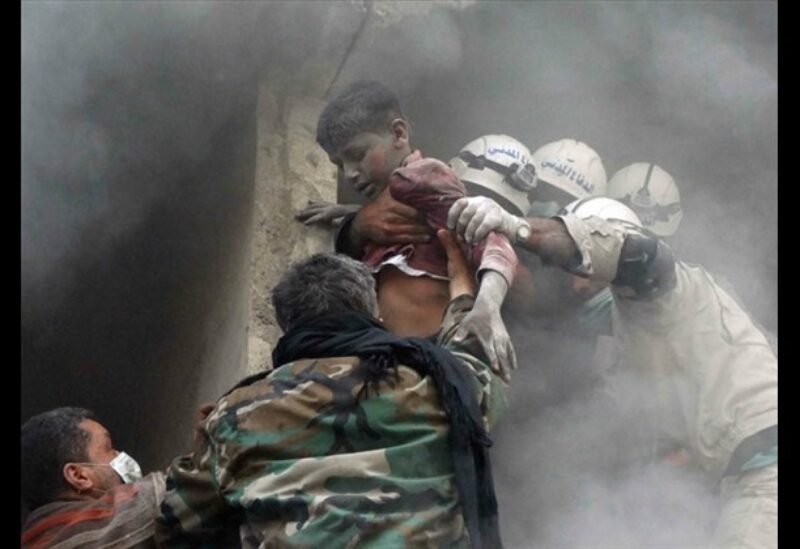 PARIS: Lawyers representing survivors of a chemical weapons attack in 2013 in Syria have filed a criminal complaint against Syrian officials whom they blame for the deaths of hundreds of civilians in a rebel-held area.

France is home to thousands of Syrian refugees, and its investigating judges have a mandate to determine whether crimes against humanity were committed anywhere in the world.

The case, which about a dozen people have joined, follows a similar one opened in Germany last year. It offers a rare legal avenue for action against the government of President Bashar al-Assad.

Attempts by Western powers to set up an international tribunal for Syria have been blocked by Russia and China at the U.N. Security Council.

“This is important so that the victims have the possibility to see those responsible being brought to justice and held accountable,” Mazen Darwish, who heads the Paris-based Syrian Center for Media and Freedom of Expression (SCM), told Reuters.

The SCM filed the complaint along with two other NGOs: the Open Society Foundation’s Justice Initiative and Syrian Archive.

France’s intelligence services concluded in 2013 that a sarin gas attack on the Eastern Ghouta region just south east of Damascas that killed 1,400 people had been carried out by Syrian government forces.

The Syrian government denies it has used chemical weapons against its own civilians.

The complaint is based on what the lawyers say is the most comprehensive body of evidence on the use of substances such as sarin gas in Syria.

They include testimonies from survivors and defectors, an analysis of the Syrian military chain of command, and hundreds of items of documentary evidence, including photos and videos.

“We have compiled extensive evidence establishing exactly who is responsible for these attacks on Douma and Eastern Ghouta, whose horrific effects continue to impact survivors,” said Hadi al Khatib, founder and director of Syrian Archive.

A U.N.-commissioned investigation to identify those behind chemical weapons attacks in Syria concluded in 2016 that Syrian government forces had used chlorine and sarin gas.

Darwish said he expected another case to be opened in Sweden in the coming months.