Syrian war criminals will face justice ‘sooner or later, at home or abroad’ 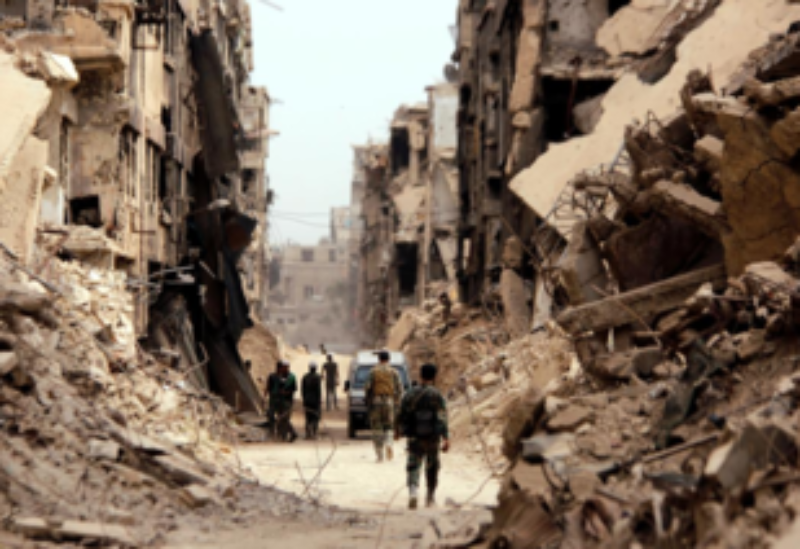 “This conviction has served as a wake-up call to state officials everywhere: no matter where you are or how senior you are, if you commit torture or other major human rights crimes, you will be held accountable, sooner or later, at home or abroad.”

Michelle Bachelet, the UN High Commissioner for Human Rights, issued the warning following the “historic” conviction by a German court of a former top intelligence official for the Syrian regime, who was sentenced to life in prison on Thursday for crimes against humanity.

Anwar Raslan, 58, was on trial in Koblenz on murder, torture, rape and sexual assault, and hostage-taking accusations. He was a supervisor of Eyad Al-Gharib, a junior regime official convicted to four and a half years in jail in February last year in Koblenz for aiding and abetting crimes against humanity in Syria.

Al-Gharib was accused of gathering up nonviolent anti-government protestors and transporting them to a prison facility where they would be tortured. The decision was the first time a court outside of Syria decided on a case involving state-sponsored torture by Assad regime members.

Christoph Heusgen, Germany’s permanent representative to the UN when Al-Gharib was convicted, said at the time that the verdict sent a clear message to Assad that “whoever commits such crimes cannot be safe anywhere.” He added: “Assad’s state has turned the cradle of civilization into a torture chamber.”