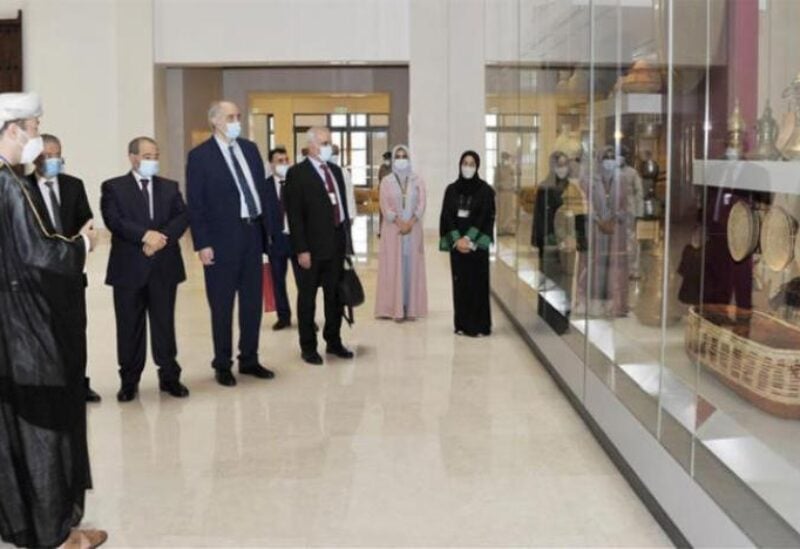 Jaradi. At the museum, they viewed artefacts from the ancient city of Palmyra.

Palmyra and much of its ancient heritage was destroyed by ISIS during the terror group’s occupation of parts of central and east Syria.

In 2019, Russia’s State Hermitage Museum in Saint Petersburg and the National Museum of Oman began an effort to restore 20 artefacts from Palmyra, which were damaged in the conflict with ISIS.

Oman has long positioned itself as a neutral country and venue for dialogue and cooperation, particularly following mounting regional tensions between the US and Iran, and worsening civil conflict in Yemen and Syria.

A growing number of countries share Oman’s position, following an emerging international consensus that there could be no military solution to the Syrian crisis.