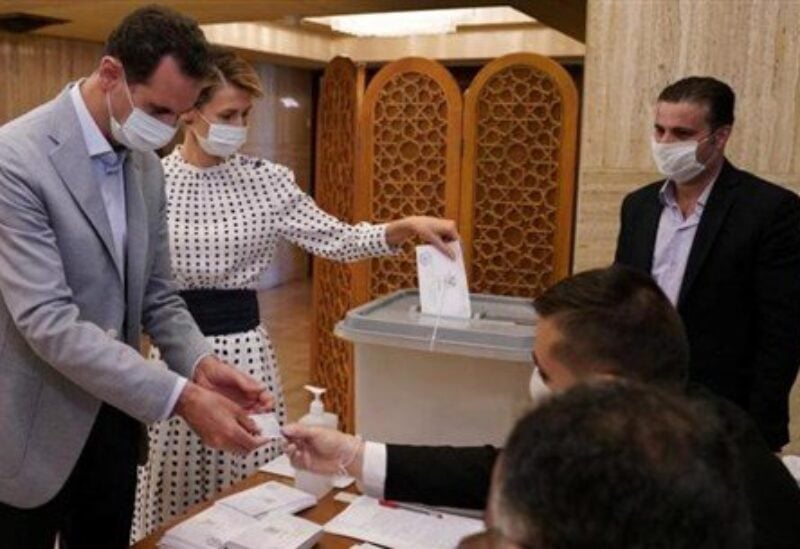 Syria’s President Bashar al-Assad cast his vote on Wednesday in the country’s presidential election at a polling station in the former rebel stronghold of Douma.

Douma saw some of the fiercest fighting of the civil war but is now back under government control.