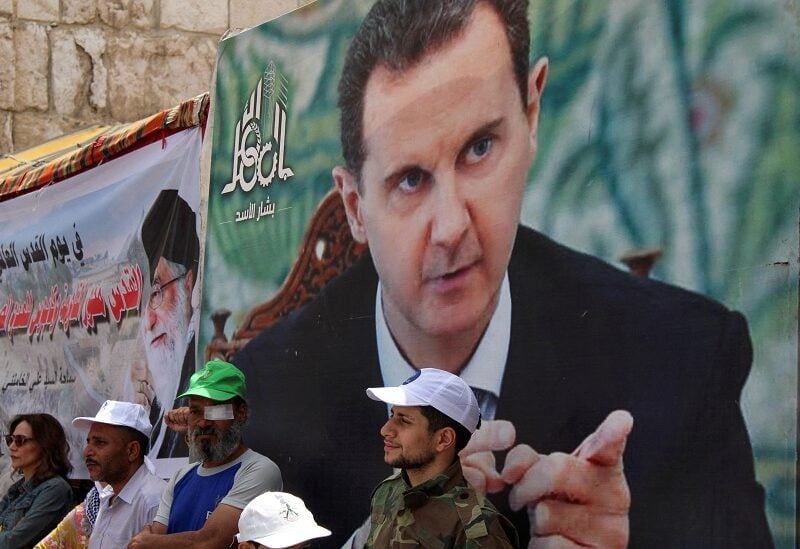 It was only the second visit Assad has made to Iran since Syria’s civil war began in 2011, although Tehran has been a consistent supporter of the Damascus regime and has given it financial and military support during the 11-year conflict.

What was said during the visit?
According to Iranian state television, Khamenei told Assad that “today’s Syria is not what it was before the war […] but the respect and prestige of Syria is greater than before, and everyone sees this country as a power.”

Assad was quoted as saying that “the strategic ties between Iran and Syria have prevented the Zionist regime’s [Israel’s] dominance in the region.”

Assad also reportedly said that strong relations between Iran and Syria served to curb US influence in the Middle East.

“America today is weaker than ever,” Syrian state news agency SANA quoted Assad as saying. “We should continue this track,” he added, and praised Iran’s help in Syria’s “fight against terrorism.”

Iran’s President Raisi said in his meeting with Assad that his government’s priority was to strengthen strategic ties with Syria, Iran’s half state-owned Tasnim news agency reported.
Iran’s leadership sees Syria as a close ally in its opposition to its regional archenemy Israel.

Tehran has also given crucial military and financial assistance to Assad in the Syrian civil war, saying it has deployed forces in Syria at the invitation of Damascus, but only as advisers.

Iran’s proxy militias, including Lebanon’s Hezbollah, are, however, known to have given active support to Syrian government forces in the conflict.

With the help of both Iran and Russia, which entered the fray in 2015, Assad has managed to turn the tide of the conflict, with only a few opposition strongholds now remaining.

The civil war in Syria grew out of initially peaceful pro-democracy demonstrations inspired by the so-called Arab Spring movement but gradually turned into a bloody and protracted war involving several actors following a brutal government clampdown.

The estimated death toll from the war is 400,000, with millions of others displaced both internally and externally.