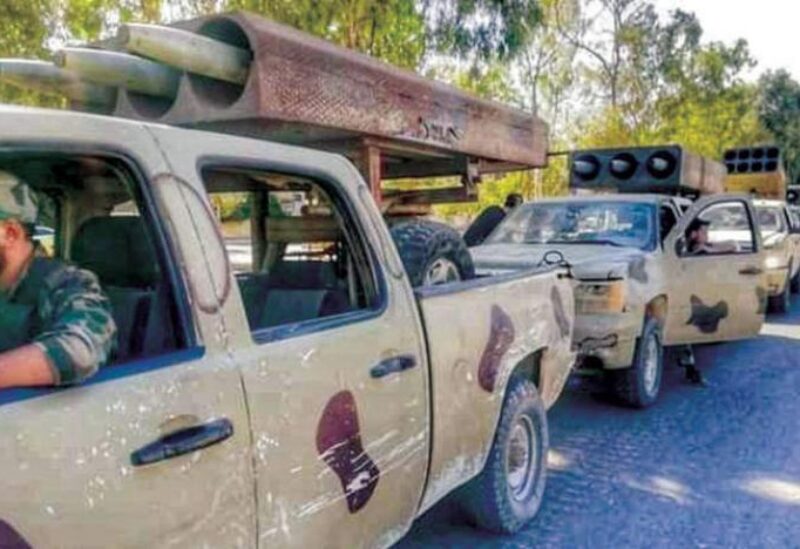 Clashes between the Syrian regime’s 4th Armored Division and opposition fighters in the provincial city of the southern governorate of Daraa continued, leaving areas damaged by shelling and machinegun fire.

Daraa activists documented shelling targeting Tafas town, located in the western countryside of Daraa, and its surrounding plains. In the Tal al-Samn area, north of Tafas, clashes erupted with regime forces stationed there.

A few days ago, regime forces had reinforced their presence there with rocket launchers, artillery and more troops.

On Thursday morning, the regime launched more than 20 rockets against Tafas, killing three people and wounding ten others.

The escalation in Daraa continued amid efforts by local negotiators to revive a Russian-sponsored deal for a truce in the southern governorate signed last Tuesday.

However, the terms and conditions of the agreement go against the 4th Armored Division’s plans for the area.

Observers believe that the Division is actively seeking to obstruct any agreement, despite having accepted the implementation of the Russian roadmap.

Instead of adhering to the ceasefire deal, the Division is insisting on bringing more military reinforcements to Daraa.

On Friday, Amnesty International urged Damascus to allow humanitarian aid to immediately enter the opposition-controlled area in southern Daraa, which is being besieged by the regime forces.

The United Nations has warned of food shortages in Daraa, where opposition-held neighborhoods are encircled by Russia-backed regime fighters seeking to regain control of the area.