Syria’s rebel-held northwest to get COVID-19 vaccines by end March: WHO 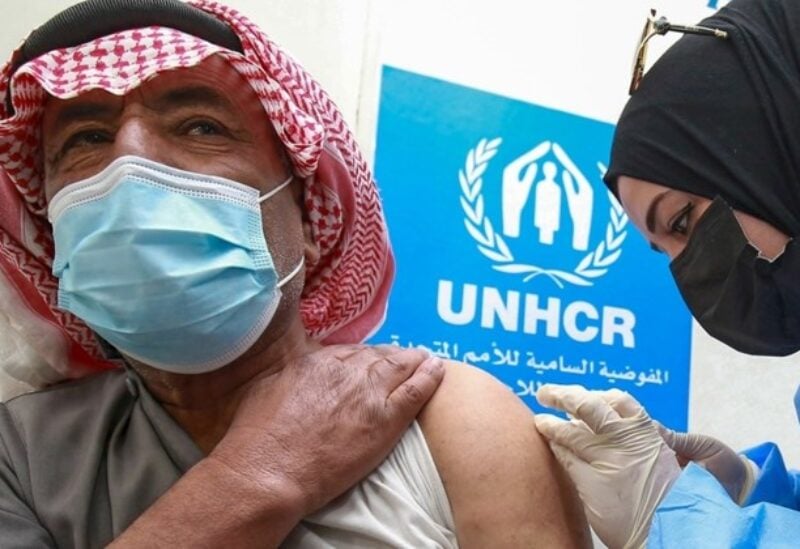 BEIRUT: Syria’s rebel-held northwest will receive its first shipment of AstraZeneca’s coronavirus vaccine by the end of next month, the World Health Organization said Tuesday.

The doses were procured through the UN body’s Covax program, which aims to provide equitable worldwide access to vaccines against Covid-19.

Thirty-five to 40 percent of the vaccines would be made available in the first quarter of 2021, and 60 to 65 percent in the second quarter, a WHO spokesperson told AFP.

The health directorate for the opposition-held territory said it expected to receive 120,000 doses of the AstraZeneca vaccine by next month.

“They will cover 60,000 people,” starting with front-line health workers, the elderly and chronically ill people, said its spokesman Imad Zahran.

Syria’s northwest, much of which is controlled by Hayat Tahrir al-Sham, is home to some four million people, including 2.8 million in need of urgent assistance.

HTS is an alliance dominated by ex-members of Syria’s former Al-Qaeda affiliate.

Rights groups fear crowded displacement camps in the area could be especially conducive to a critical coronavirus outbreak.

The rebel stronghold has reported 21,136 infections and 408 fatalities since its outbreak began last year.

In government-held areas of Syria, authorities have recorded 15,230 coronavirus infections and 1,001 fatalities.

Territories under Kurdish control in the country’s northeast have recorded nearly 8,600 cases and 313 deaths.

But doctors and rights organizations believe the numbers are probably much higher, especially in northeast Syria where rights groups say the government has refused to allow the UN to set up Covid testing labs.

An official with the Kurdish administration in northeast Syria said they were “in talks with the WHO for the procurement of the coronavirus vaccine but have yet to clinch a deal”.

In December, the government in Damascus submitted a request to join WHO’s Covax initiative and in January it said it had officially signed on.

The WHO, together with the UN children’s agency UNICEF and Gavi, said they would support Syria in acquiring jabs to initially cover at least three percent of the population and aim for 20 percent by the end of the year.

Syria has also authorized the use of Russia’s Sputnik V coronavirus vaccine, its embassy in Moscow said Monday.

Human Rights Watch this month urged support for aid groups to ensure “equitable” distribution of coronavirus vaccines across all of war-torn Syria, warning against any discriminatory approach by Damascus.