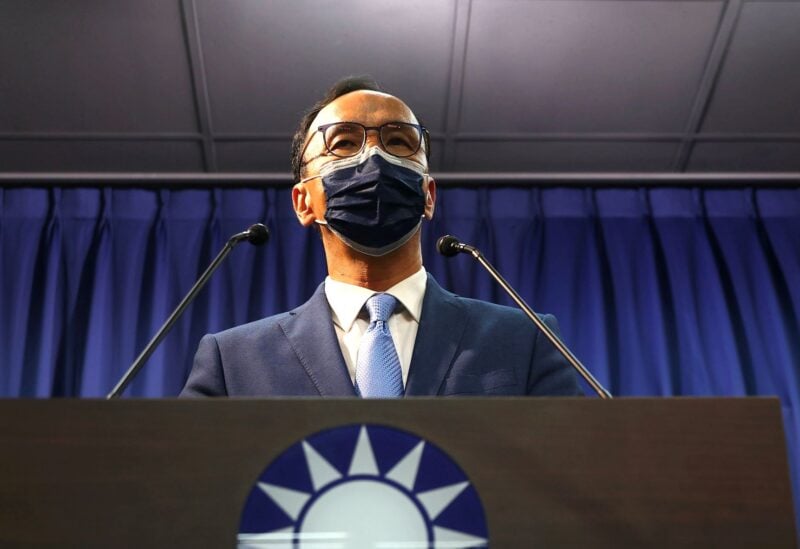 On Saturday, Taiwan’s biggest opposition party chose former President Eric Chu as its chairman, promising to restart stalled negotiations with China, which has increased military and political pressure on the island it claims as its own.

Chu, 60, a former mayor of New Taipei City, won the chairmanship election against incumbent Kuomintang (KMT) Johnny Chiang and two other candidates, albeit he will not assume office immediately.

Last year, the KMT was defeated in presidential and legislative elections after failing to refute the ruling Democratic Progressive Party’s (DPP) claim that voting for them was tantamount to voting for China.

Chu stated following his election that his party will not become a “small” version of the DPP, which Beijing refuses to engage with because it believes they are separatists, when it comes to China policy.

After losing a civil war to the Communists, the KMT controlled China until 1949, when it fled to Taiwan. It has a long history of favoring tight relations with Beijing, which has put it at odds with many Taiwanese.

High-level KMT contact with China’s Communist Party stalled during Chiang’s 17-month tenure amid increased pressure by China against Taiwan and suspicion in Beijing that the party was not sufficiently committed to accepting the island as part of “one China”.

Chu met President Xi Jinping in Beijing in 2015, where he acknowledged that the two sides of the Taiwan Strait are part of “one China” but they have different interpretations what this means.

The urbane, U.S.-educated Chu previously led the KMT until resigning in 2016 after he was defeated in Taiwan’s presidential election by current President Tsai Ing-wen.

Deep disagreements remain in the KMT about its direction following its electoral defeat last year, and Chu pledged “unprecedented unity” under his leadership.

Taiwan will hold mayoral elections next year which, while mostly focusing on local issues, will be an important measure of support ahead of the 2024 presidential vote.